The Office of Management and Budget is taking an optimistic approach to shutdown planning as the hours tick down to the 11:59 p.m. deadline to beat a government shutdown,

An OMB spokesperson said in an email to Federal News Radio that the administration doesn’t believe a shutdown will happen, however, “prudent management requires that the government plan for the possibility of a lapse and OMB is working with agencies to take appropriate action.”

“There is enough time...

The Office of Management and Budget is taking an optimistic approach to shutdown planning as the hours tick down to the 11:59 p.m. deadline to beat a government shutdown,

An OMB spokesperson said in an email to Federal News Radio that the administration doesn’t believe a shutdown will happen, however, “prudent management requires that the government plan for the possibility of a lapse and OMB is working with agencies to take appropriate action.”

“There is enough time for Congress to prevent a lapse in appropriations by passing a short continuing resolution so they can get back to work after the holidays and actually pass a budget through the remainder of the fiscal year,” the  OMB spokesperson said. “It is our hope that this [planning] work will ultimately be unnecessary and that there will be no lapse in appropriations.”

OMB in past years has instructed agencies to ready their respective shutdown plans, but a similar directive for this year has yet to be publicly issued.

This current continuing resolution was passed in September. The new bill would fund the government until late April, when the Trump administration will have settled in.

The Associated Press reported an early Saturday morning vote could get the spending bill to approval later this weekend. Even if there were a few hours when the government wasn’t technically funded, the shutdown wouldn’t start right away, said White House spokesman Eric Shultz, according to the AP.

A group of coal-state Senate Democrats threatening to stall a continuing resolution told reporters during a Friday media call that they were looking to find agreement on a short-term spending bill, the the AP reported.

The AP reported Sen. Joe Manchin (D-W.Va.) said he and a handful of fellow senators “will carry the momentum” for fighting for retired coal miner health benefits, into the new year.

American Federation of Government Employees National President J. David Cox Sr. said in a statement that a shutdown “is never something that we want to see happen.”

Cox urged the passage of the full Miners Protection Act in the spending bill, adding it wouldn’t just be the miners who felt the brunt of a government closure.

“This shutdown will have a far-reaching economic impact on the entire country as 85 percent of federal workers live outside the Washington metropolitan area,” Cox said. “Families shouldn’t have to worry about getting their next paycheck, and that could soon be a frightening reality to many.”

The House passed its $1.1 trillion spending bill on Dec. 8 and recessed for the holiday.

Congress has found some agreement this week, passing a $618 billion defense spending bill. Included in the legislation are new limits to the number of days federal employees can spend on administrative leave, and agencies will be on a tighter timeline to finish personnel investigations that often stretch on for six to 18 months or longer.

The National Defense Authorization Act also included higher pay for DoD, and President Barack Obama sent a new letter to Congress Dec. 8 saying he is directing all agencies to give employees a 2.1 percent pay raise for fiscal 2017. The new order supersedes the one he signed on Nov. 29 calling for a 1.6 percent pay raise for next year when combined with locality pay.

What happens during a shutdown

A government shutdown would be felt as early as the weekend. National parks as well as the Smithsonian museums in Washington, D.C., would close, with only essential personnel on staff to maintain the facilities — or in the case of the National Zoo, the animal residents.

Active-duty military personnel are exempt from furloughs, as are employees of the U.S. Postal Service, which doesn’t depend on annual appropriations from Congress.

Services considered critical to national security, safety and health would go on as usual, such as border patrol, law enforcement and emergency and disaster assistance. Social Security and Medicare benefits would keep coming, for example, but there likely would be delays in processing new applications.

During the 2013 shutdown, 98 percent of the staff at the National Science Foundation was furloughed and new scientific research grants have dried up. The National Institutes of Health furloughed nearly three-quarters of its staffers, and new patients were turned away from clinical trials there.

About 850,000 people out of the more than 2 million federal workers were furloughed during the 2013 shutdown. In its post-shutdown analysis from 2013, OMB estimated that federal workers missed 6.6 million days of work and cost more than $2.5 billion in lost productivity, and pay and benefits for employees. 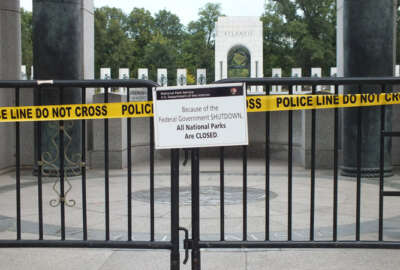 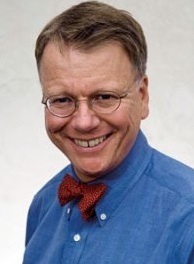 David Hawkings: CR likely, but how long will it last? 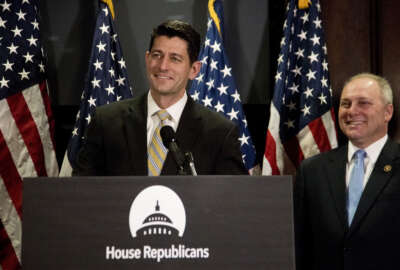