‘No votes for a CR at this point in time,’ House Minority Whip says

Congress is setting up another nail-biter over government spending, as the original plan from House Republicans to fund the Pentagon for the rest of fiscal 2018 and extend the current spending levels for civilian agencies into January has hit some roadblocks.

Now, House Republicans are discussing a new plan that would extend the continuing resolution through Jan. 19, Hoyer said. This version would not fund the Defense Department through the rest of fiscal 2018, as House lawmakers had originally discussed.

“If they did that, from our perspective, the Senate Democrats are not buying it, we’re not buying, because then they leave all 11 other [appropriations] bills at risk and behind,” House Minority Whip Steny Hoyer (D-Md.) told reporters Wednesday afternoon. “We’re not going to allow that. The only thing the DoD bill is going to have [are] some anomalies that are necessary so they can operate properly, but it will not be funded beyond Jan. 19.”

The new version of the CR may also extend funding for the Children’s Health Insurance Program, plus an additional $2.1 billion in emergency funding for the Veterans Choice Program, which is set to run dry in the next three-to-five weeks, Hoyer said.

The Foreign Intelligence Surveillance Act could also get a four-month extension.

“The Republicans are still a deeply divided party,” Hoyer said. “It is our understanding they do not have a vote for a CR at this point in time.”

The current continuing resolution is set to expire Dec. 22. Without some sort of solution, the government will close at midnight on Dec. 23.

Both Hoyer and Sen. Ben Cardin (D-Md.) insisted Democrats in either chamber did not want to shut down the government.

House Republicans were scheduled to meet Tuesday evening to discuss their next steps for federal spending.

Yet House Minority Speaker Nancy Pelosi (D-Calif.) urged her colleagues to hold strong on their priorities.

“House and Senate Democratic leadership has continued to insist on parity in the [spending caps,] which we insist should include funding for opioids, veterans, pensions, NIH and support for the DREAM Act,” she wrote late Tuesday in a letter to hear Democratic colleagues.  “Unless we see a respect for our values and priorities, we continue to urge a strong ‘no’ on the continuing resolution.”

If lawmakers can’t avoid a shutdown, Democrats said they plan to push through the Federal Employee Retroactive Pay Fairness Act, which Cardin and Reps. Don Beyer (D-Va.) and Rob Wittman (R-Va.) have introduced and sponsored.

“If, in the worst, worst case, the government gets shut down, we will have this ready to go 30 seconds later to make sure that every federal employee gets full pay during the shutdown,” Rep. Don Beyer (D-Va.) told reporters. “We are going to do everything we can to make sure that we don’t have a shutdown.”

Federal employees have contributed $182 billion in pay and retirement benefits since 2011 to help the government pay for higher spending caps, the American Federation of Government Employees said Wednesday.

It’s concerned that lawmakers may use federal retirement programs or the Thrift Savings Plan’s G fund as a pay-for again, this time to offset the costs of higher defense and civilian spending caps. Congress has yet to announce a specific proposal for the spending caps.

“We’ve heard from senior Republicans as late as [Tuesday] that they were looking very hard at both the list that the president’s budget included, as well as a similar list that was included in the House Budget resolution,” said Tom Kahn, director of legislative affairs for AFGE. 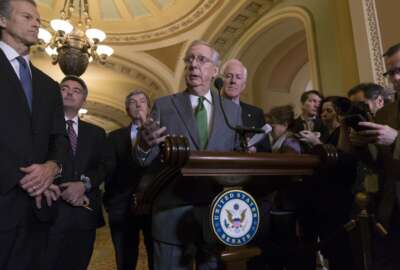 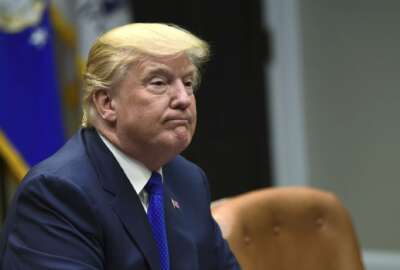