With less than two weeks until the next deadline, Congress is gearing up for another fight over government spending, this time with the topic of immigration and border security taking center stage.

Lawmakers have spent the past week negotiating over a possible solution for Deferred Action for Childhood Arrivals (DACA), the policy that protected undocumented immigrants who came to the U.S. as children. But ahead of more negotiations this week, the Trump administration released its request for $18 billion over the next 10 years to pay for a border wall and other technology.

The current continuing resolution expires Jan. 19. But Democrats say they won’t budge on a spending compromise without a path forward for DACA.

“President [Donald] Trump has said he may need a good government shutdown to get his wall,” Senate Minority Whip Dick Durbin (D-Ill.) wrote Friday in a statement. “With his demand, he seems to be heading in that direction.”

Durbin’s statement references one of the president’s tweets from last year and a statement from last August.

“If we have to close down our government, we’re building that wall,” President Donald Trump said during a rally in Phoenix this past summer.

Yet the orders provided no additional and immediate funding to implement the details of those mandates, and CBP has been struggling for years to recruit and hire new officers to fill current staffing levels.

“The Border Patrol has had the most difficulty in achieving hiring goals and is currently losing border patrol agents to attrition faster than it can hire replacements,” McCaskill wrote in a Jan. 3 letter to acting CBP Commissioner Kevin McAleenan. “More broadly, CBP has explained that it cannot meet staffing requirements because it must compete for applicants with employers offering better pay, hours, locations and benefits, including DHS’ other immigration law enforcement arm, Immigration and Customs Enforcement.”

The Jan. 3 letter to McAleenan questioned CBP’s new, $42 million contract with Accenture Federal Services, which is designed to help the agency hire 7,500 applicants to border security positions. In it, McCaskill questioned the cost of the contract and why CBP alone can’t successfully hire new recruits into border security jobs without help from a vendor

Preliminary budgetary “passback” documents between DHS and the Office of Management and Budget show disagreement between the two organizations about the department’s plans in fiscal 2019 to attract and recruit new immigration and border patrol officers.

The “passback” documents, which McCaskill’s office obtained from a whistleblower, reportedly show that OMB denied DHS’ requests to offer pay raises and more health benefits to its law enforcement officers in 2019.

“While OMB approved significant increases to some law enforcement personnel at DHS, it did not approve all funding measures for hiring those individuals,” McCaskill’s report reads. “OMB decreased the funding level sought by the department for recruitment and applicant processing at CBP by $34 million, setting the budget for these tasks at $20 million over the previously enacted levels. While this discrepancy is not as large as some of the other changes suggested by OMB, the shortfall could significantly impact a component that has historically had difficulty meeting staffing targets and that has been directed to increase staffing in a short amount of time.” 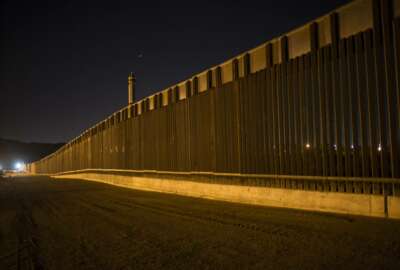 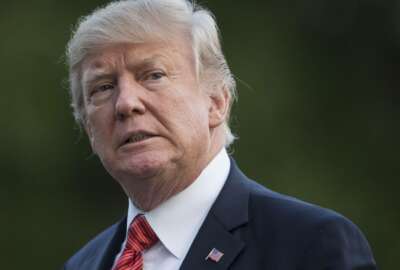