UPDATED at 6:00 p.m. on Jan. 9, 2019 to reflect the House’s passage of the financial services and general government appropriations bill.

House Democrats in the national capital region are appealing to their colleagues in other states to join their efforts and raise awareness for the government shutdown’s impact on the federal workforce.

Though Norton and her colleagues have some of the largest groups of federal employees in the surrounding districts in Maryland and Virginia, 80 percent of the federal workforce lives outside the Washington-metropolitan region.

The House Appropriations Committee, now led by Democrats, has been tweeting about the shutdown’s impact on federal employees in specific states.

5,280 hardworking Minnesotans are not getting their paychecks. It’s time to end this shutdown now. pic.twitter.com/FZcuCIdHof

3,376 federal workers & their family in Mississippi can’t afford another day of the #TrumpShutdown pic.twitter.com/SgYUW4vCa1

“Who wants to go to work for an institution that does that on a regular basis to its people? We are eroding the credibility of the federal government, and we are eroding ourselves as an employer of people who have great skills,” he said.

“I’ve heard from hundreds of constituents who are facing financial trouble, who had to return Christmas presents, who are picking up second jobs and who feel like their government and the nation they pledged their careers to serve have betrayed them,” new Rep. Jennifer Wexton (D-Va.) said.

She described a married couple in her district who are both furloughed from the Department of Homeland Security. The couple has already requested hardship forbearance on their student loans and will take additional loans from their credit union to help pay for child care and other expenses.

“Beyond the hardships that the family is facing, beyond the added stress and uncertainty, the thing that they took most to heart from this process was that their work didn’t matter,” Wexton added.

The House on Wednesday afternoon passed the financial services and general government appropriations bill. If signed into law, it would reopen the Treasury Department, IRS, Office of Personnel Management and other federal management agencies.

The bill also provided a 1.9 percent pay raise for civilian employees for this year, reverse previously-announced plans to give political appointees a raise in 2019 and grant back pay to federal employees impacted by the government shutdown.

Later this week, the House will consider at least two other appropriations bills in separate votes. It’s the latest attempt from House Democrats to put more pressure on Senate Republicans.

Senate Majority Leader Mitch McConnell so far has refused to bring the two bills the House passed last week to a vote in his chamber. One bill would have provided full-year funding for nearly all agencies, while the other gave temporary funding to the Department of Homeland Security through Feb. 8.

The Senate, meanwhile, failed to invoke cloture Tuesday night on a national security bill unrelated to the government shutdown. Senate Democrats had urged their colleagues to vote “no” on any measure that doesn’t deal with matters related to government funding.

And as the government shutdown approaches the 19th day, some lawmakers have been joining federal employee unions in rallies to raise awareness about the shutdown across the country.

Erwin said some NFFE members are trying to take on odd jobs as a photographer or Uber driver during the shutdown. 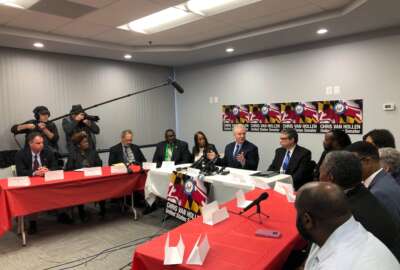 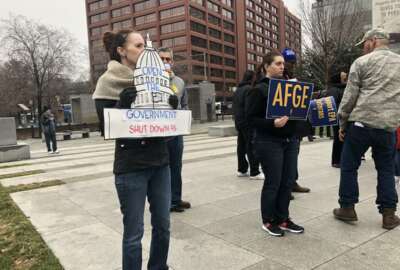 Feds could lose up to $2B in pay during shutdown 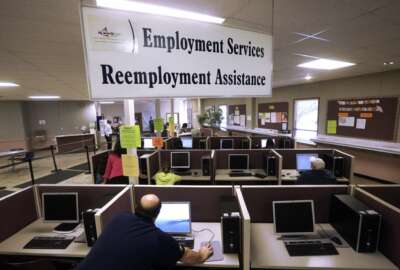 Letter to the Editor: A veteran of shutdowns offers some observations