House lawmakers showed initial support for a new $40 million fund to let the General Services Administration fix up and sell off unused or underutilized federal properties.

House Appropriations Subcommittee members were less than supportive of the administration’s decision not to fully fund the new FBI headquarters for 2018. And members remained on the fence about the new IT modernization fund.

But the real debate came over a decision GSA made in March about the...

House lawmakers showed initial support for a new $40 million fund to let the General Services Administration fix up and sell off unused or underutilized federal properties.

House Appropriations Subcommittee members were less than supportive of the administration’s decision not to fully fund the new FBI headquarters for 2018. And members remained on the fence about the new IT modernization fund.

But the real debate came over a decision GSA made in March about the Old Post Office hotel owned by the Trump Organization. GSA’s contracting officer and general counsel ruled that President Donald Trump was not in violation of his lease because he put the hotel in a trust and is not benefiting from the profits while he is in office.

“The lease has a provision that in part stated ‘no member or delegate of Congress or elected official of the U.S. or the government of District of Columbia shall be admitted to share or part of this lease or any other benefit that may arise thereof. This says it applies to elected officials, right?” Quigley asked at the May 24 hearing.

Horne wouldn’t offer an opinion on the lease’s provisions or weigh in on GSA’s decision.

Quigley responded pointing out that the lease says “any elected officials” and “any benefit.”

“Didn’t GSA initially ask the Trump Organization to divest itself from the lease agreement?” Quigley asked.

Horne said he wasn’t aware of any requests.

Quigley then went back to the deferred profit issue.

He asked how can GSA come to the conclusion that a “deferred profit” is not a benefit?

Horne pointed back to the contracting officer who made that decision.

“I guess I don’t understand. Even if it’s deferred, it’s still a benefit. The Constitution doesn’t say unless it’s deferred. It’s still a benefit. And it’s in the lease agreement that there shouldn’t be a benefit to an elected official. It says in there after he is president of the United States that which is held in the trust will go back to him,” Quigley said.

Rep. Matt Cartwright (D-Pa.) picked up on a similar line of questioning, asking Horne if he “scrutinized” the contracting officer’s decision?

Horne said that is not his role as acting administrator, but has had conversations with the Public Building Service’s leadership and with the GSA general counsel about the decision.

“I am satisfied that he made the best decision with the information that he had and I support his decision,” he said. “I’ve relied on his expertise along with the expertise of our counsel’s office and that’s my role is to let the experts make those decisions. I’m not an attorney. I’m not an expert in matters of ownership structure or contract law. But our contracting officer and our legal folks are and it’s their decision and it’s my job to support them.”

Cartwright responded by asking Horne if his role is to “blindly accept” whatever they do?

Horne said it was not his role to do that.

Cartwright tried again to go down the path of deferred profit, asking Horne if he agreed that the Trump family will benefit from an income when he’s out of office?

Horne didn’t take the bait and pointed back to the contracting officer’s decision that Trump is in full compliance of the lease.

Both Quigley and Cartwright said after the hearing that they were not pleased with Horne’s answers.

Quigley said he would revisit the issue after the Memorial Day recess and figure out where to go next.

“I’m disappointed and honestly perplexed as to why there are not additional construction funds requested to move ahead with the acquisition of new FBI headquarters in the D.C. metro area,” Quigley said. “As you know, the recently enacted 2017 omnibus bill provided a total of $500 million for this purpose and I know there is widespread interest in providing the additional funds to see this project through.”

Horne said the reason the administration didn’t ask for more funding for the FBI was due to the late passage of the omnibus bill for 2017.

“We did make a request in the 2017 budget and the project was partially funded. The request was not included in the 2018 budget just because of the way the timing was with the omnibus passing just three or so weeks ago, it was too late to add the FBI into the budget for this year,” Horne told the subcommittee. “We’re taking a look at all the options. We are working with the FBI, the Justice Department and the Office of Management and Budget to figure out our best option to move forward.”

Horne said consolidating the FBI into a modern headquarters will bring together 11,000 employees across the national capital region and eliminate 13 leases, which will save the government about $33 million a year.

Rep. Sam Graves (R-Mo.), chairman of the subcommittee, pressed Horne about whether the lack of request meant it was no longer a priority or whether the White House would submit a supplemental request for the FBI later in 2018.

Horne reiterated the ongoing review of what comes next for the FBI headquarters project based on the funding for 2017.

“Time is the enemy in terms of return on investment for this project,” Horne said. “The longer it takes us to complete this project and move the FBI into a new facility, the longer the taxpayer is funding expensive leases and we are losing out on the opportunity to help the FBI operate at peak efficiency.”

In its fiscal 2018 budget request sent to Congress May 23, GSA also asked for $40 million to create an Asset Proceeds and Space Management Fund.

Horne said the revolving fund would be used to carry out the recommendations of the Public Buildings Reform Board.

He said OMB and the White House haven’t finalized what that interagency board would look like yet.

“It’s an investment. Not necessarily an investment in GSA but in making the government operate better,” Horne said. “The $40 million is a way to find instances where repairs, environmental clean-up, something needs to be done before government could dispose of a real property asset.”

He said the board would make a decision about a site based on a business case from the agency, invest in the cleanup and then the proceeds from sale go back into fund to recover the cost of the initial investment. 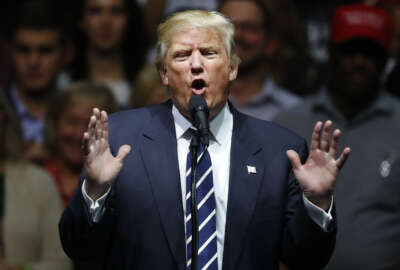