The Public Buildings Service has reduced short-term lease extensions and holdovers for the past few years, getting the agency closer to meeting its strategic goal to negotiate more long-term lease agreements.

But the General Services Administration’s inspector general found the government’s landlord would have seen even better results, if not for several administrative hurdles between PBS and its tenant agencies.

The IG report released Monday found a steady decrease in lease extensions between 2014 and...

The Public Buildings Service has reduced short-term lease extensions and holdovers for the past few years, getting the agency closer to meeting its strategic goal to negotiate more long-term lease agreements.

But the General Services Administration’s inspector general found the government’s landlord would have seen even better results, if not for several administrative hurdles between PBS and its tenant agencies.

The IG report released Monday found a steady decrease in lease extensions between 2014 and 2019. Those extensions occur when a tenant agency can’t leave a property before the lease expires and needs PBS to extend the lease in order to figure out a longer-term property solution.

The IG office also saw a decrease in holdovers, or cases when tenant agencies overstay their lease and need a stopgap agreement to keep operating in the building.

PBS provides office space and other property for more than 1.2 million federal employees.  About half of the agency’s portfolio consists of government-owned properties while the other half involves maintaining more than 8,000 leases worth $5.7 billion in annual rent payments.

GSA OIG said extensions and holdovers are discouraged because they “limit the negotiating power of the government to secure favorable contract terms, rental rates, or other conditions due to a lack of competition.” The short-term agreements can also mean higher rental rates.

Private-sector lessors in some cases may have also already made other arrangements for their property after a tenant agency’s lease expires, putting them in a potential bind for office space or other facilities. Others may have trouble getting the funding needed to improve space to meet an agency’s needs without a long-term commitment to stay in that property.

With one-in-four federal leases expiring between 2019 and 2021, PBS leadership has focused on negotiating more long-term leases to save on overall costs.

PBS last year shed some light on its plan to reach $4 billion in cost savings through its leased estate portfolio by the end of 2023. Following an 18-month review of the agency’s lease portfolio, PBS’ Assistant Commissioner for Leasing Allison Azevedo said the agency found it had only renegotiated about 30-to-40% of its federal leases when they were set to expire.

In reality, Azevedo said regional offices should consider themselves “minimally successful” if they replace 70% of federal leases with long-term solutions.

When a lease comes close to expiring, PBS must first check its inventory of government-owned and leased properties and determine if the tenant agency can accommodate its workforce in vacant space that’s already paid for.

However, PBS officials told auditors they sometimes use extensions as part of their overall portfolio management strategy. The agency, for example, may enter into a lease extension to house a tenant agency temporarily waiting on the completion of new construction build out before moving into federally owned space.

PBS has several steps to reduce its use of extensions and holdovers and encourage the use of more economical long-term lease agreements. The agency now starts working with tenant agencies on the next steps three years out from their expiring instead of two.

The PBS sent its most current guidance in January 2017, which outlined a three-phase plan for milestones the agency should meet in planning for its tenant agencies.

But the IG report found challenges between PBS and tenant agencies coming together to complete a Client Project Agreements, which outline the tenant agency’s current occupancy, potential solutions for the future occupancy, and sets a commitment on how to proceed.

Those obstacles, the IG report found, “contributed to delays in lease actions and increased the likelihood that PBS will have to enter into extensions or holdovers.”

In a review of 16 leases in four regions expiring between January 2020 and May 2021, the IG found PBS didn’t meet all of its requirements in 75% of cases. Less than 19% of agencies in the IG sample completed a CPA.

However, PBS officials told the IG office that agencies don’t want to sign CPAs because they are “reluctant to make a commitment so early in the process,” while others saw it as duplicative from other leasing requirements.

The IG report notes that PBS didn’t pursue a CPA in a back-and-forth with the Department Housing and Urban Development over its property needs in Philadelphia. PBS officials had spoken to HUD officials about reducing its office space since 2015 and urged the agency to move to federally owned space. However, this plan fell through and PBS pursued leased space on HUD’s behalf.

“The CPA is critical to the timeliness of PBS lease procurements because it enables PBS and the tenant agency to establish preliminary requirements at the earliest practical point,” the IG report found. Auditors found that failure to reach an agreement could have a “cascading effect” on the lease procurement, which could in turn delay the award of a replacement lease and cause PBS to enter into extensions or holdovers. 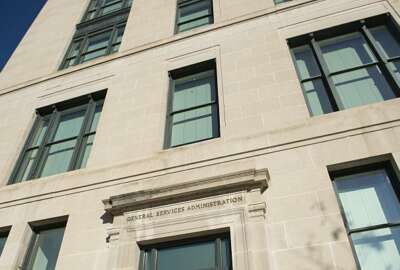