For 97 percent of current leaders and senior executives at the Homeland Security Department, management challenges  — from poor communication to staffing shortages — inhibit their ability to fulfill department-wide and component agency missions.

A new study from the Homeland Security and Defense Business Council and Grant Thornton finds 70 percent of survey respondents cited those challenges as a high or moderate impact to their work at DHS.

“We don’t care that it’s a transition year, because we’re going to demonstrate the power of these processes,” Deyo said at the Council’s State of the Homeland Security Enterprise symposium in Washington Nov. 9. “The new leadership that comes in, who will share the commitment to the mission, will want to use that even if they change some aspects of what they do. That’s the goal.”

Relatively new groups that have formed under Secretary Jeh Johnson’s “Unity of Effort” initiative are slowly beginning to turn those problems around. The Deputy’s Management Action Group, DHS Joint Requirements Council and other joint task forces are fostering a culture of collaboration and communication, Deyo said.

“There is really open and candid discussion,” he said. “There is transparency. And there is a level of trust.”

At 13 years old, Deyo described progress and the department as a whole as “still in its teenage years.”

“Teenagers are confused and complicated and everything doesn’t work together yet,” he said. “That’s who were are, and we’ve actually been doing pretty well.”

Without a common appropriations structure, DHS has determined its budget based on specific component needs, rather than budget for a departmentwide mission area.

Deyo said DHS will complete 80 percent of a common appropriations structure by December 2016. It hopes to finish the entire project by the end of fiscal 2017.

Deyo said components are starting to think more about what the department as a whole needs — rather than what each individual agency needs.

“I have seen discussions of the budget, where the budget is now discussed based on mission, not based on a build by components,” he said. “I can’t tell you how huge that change is. To hear ICE and CBP and Coast Guard talking about what they’re giving up, what they might get, because they recognize this is necessary for that mission focus.”

A common, modernized financial system still is in the works as well. DHS still has three-to-four more components left to convert to one system, which Deyo said the department won’t likely complete until 2021.

Cutting the department’s footprint by one million square feet is another major goal. Deyo said DHS is focused on 12 regions outside of Washington, D.C.

“There is so much pull, so much energy for collaboration, common property, things like training, facilities, education and other opportunities, it would shock you,” he said. “Not necessarily at the upper levels of leadership in the components, not necessarily here in the District, but huge energy. These folks get it. They need resources. They want to save money. They want to work together.”

More than half of the department’s leases expire in the next five years.

What the department acquires — and why — is another major focus for Deyo.

“There’s really a real interest in simplifying processes, making sure we’re doing everything we can to get the products and services most efficiently, most effectively and that [industry] likes doing business with us,” he said.

But some members of industry, however, said working with DHS is more difficult than their experience with other agencies.

Deyo much of the progress in the acquisition realm will come through policy and agency directive changes.

As the government interface for cyber threat information sharing, cybersecurity — and the IT systems that detect and prevent attacks on the department and government as a whole — couldn’t be more important, Deyo said.

He credited his component leaders within the chief information officer’s council as the main driver behind the department’s cyber sprint this past summer.

“The sprint is nothing,” Deyo said. “We have to make sure we have the architecture and multi-level, duplicative, overlapping defenses that are necessary to protect our systems. And that will be ongoing.”

CIOs within DHS components are sharing ideas with each other and are beginning to develop techniques that will work across the entire department, Deyo said.

“We are doing it better with both the component heads, I would say, and the CIOs of the components, know we’re working more effectively and [are] helping each other than if we were trying to do it independently,” he said.

Of those who responded to the council’s survey, 85 percent said finding, hiring and developing new talent is one of the most significant challenges facing DHS.

He is the chairman of the department’s Employee Engagement Steering Committee, which meets once a month and includes one representative from each component.

Each component has its own engagement plan. But sharing ideas for improvement in this space among the components will be key, Deyo said.

The department’s employee engagement score continued its steady decline for the sixth consecutive year, according to the results of the 2015 Federal Employee Viewpoint Survey. It dropped 1 percentage point from 2014, and at 53 percent, DHS employees said they are the least engaged of any other large agency.

The department is also working with its component leaders and chief human capital officers group on ideas for recruiting and hiring new talent, Deyo said. But it’s been uphill battle. 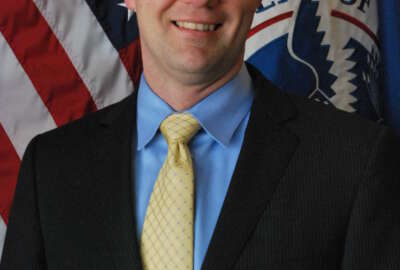 Aaron Firoved: Unity of Effort Awards give DHS its due