The Performance Improvement Council is trying to bring together tools and people to take better advantage of technology and data.

Many agencies struggle with collecting, managing, sharing, verifying and analyzing complex performance data despite the fact that the Government Performance and Results Act Modernization Act (GPRAM) requires this type of data-driven approach.

Kate Josephs, the outgoing executive director of the Performance Improvement Council, said the Performance.gov website is an example of these challenges.

“This website is very legitimately an information and compliance based site at the moment. Version 1.0 is a credit that it’s there and being developed, and is a great foundation to work from,” Josephs said in an exclusive exit interview with Federal News Radio. “But [we are] envisioning what a more transactional site might look like, might engage more different audiences, including within government, how might we start to think about putting real-time performance data in the hands of federal managers in more of a more customizable and user-friendly ways?”

To do that, the council hired a new digital director, Amin Mehr, in the last six months and partnered with a team of Presidential Innovation Fellows (PIF) to figure out how to move forward.

Josephs spent time getting these digital and data changes in place up until her last day, July 29. She is returning to the civil service for the government of the United Kingdom where she will be director of National Operations in the Department for Education.

“It’s been amazing and I’m very aware of how unique the circumstances were that allowed me to do this job. I’ve learned a huge amount and understanding the realities of the way the U.S. system works,” she said. “I’ve learned a huge amount about how to build networks, how to deliver when you have less clear, hard incentives and it’s less easy to say, ‘Just go and do it.’ I’ll take a lot back with me because the truth is if you are trying to instigate change in government, you want people to be on board. You want people to believe it’s worth doing and a lot about the way we work in the federal government when we are at our best is doing that.”

The collaboration Josephs is talking about is why the council issued a Performance Playbook July 28, detailing 10 plays to help agencies deliver on their goals. The playbook is implementing the P3 — performance, principles and practices — framework developed over the last two years to improve the implementation of cross-agency priority goals.

“The idea here is we need to start talking about performance as being more than just what’s required in the law, about more than just measurement. We need to go beyond that limited idea and start to think about all of the practices from what it takes to prioritize to evaluation to communication and bring these together and present a more compelling value position for program managers to use this stuff and do it,” she said. “I think changing the nature of the narrative about performance in government is a really important thing for us, and starting to focus more on program managers through programs like the leaders delivery network, which we set up last year, where we bring together senior career staff who are charged with implementing priority goals in agencies and work with them to provide tools, ideas insights and connections with peers with similar challenges. That’s all been helped by having this P3 construct because it has given us a language that is more than just what you have to do because of the law.”

The council used the P3 framework recently with a large cabinet agency. Josephs said the council hasn’t finished the evaluation so she couldn’t offer too many details. She said the effort brought headquarters and bureau level executives together to decide on what the right metrics will be for a multi-faceted program. She said the discussions started simply,  looking at what the agency was trying to achieve and ensuring everyone agreed on that.

“We occupy a very unique space with the PIC. We do not have an underlying agenda on any policy,” she said. “We just want to improve performance but we do have the power to bring together very diverse groups and convene across the government. We want to use that to help accelerate progress and move things forward.”

Josephs said the next PIC executive director shouldn’t underestimate the power the council has to convene agencies. She said the PIC is a strategic partner who can listen and provide objective feedback. 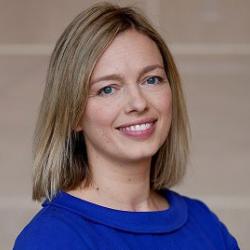 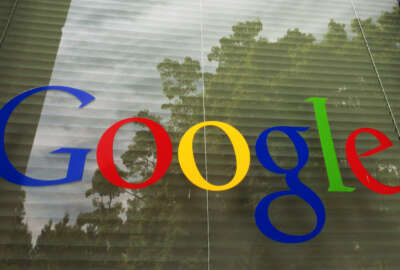 Can Google teach federal executives how to manage people?