The next president’s administration will rely heavily on the Office of Management and Budget’s expertise in crafting a governmentwide management agenda, but only after it gets a handle on the protracted budget process.

Following Inauguration Day, OMB will be deeply entrenched in addressing the near-term problem of crafting a budget for the next fiscal year, but former agency officials said Thursday that long-term management issues shouldn’t go unaddressed.

“In the coming months, OMB is going to be under tremendous pressure developing the president’s first budget,” Kathy Stack, former adviser for evidence-based innovation at OMB, said at a Partnership for Public Service event. “It’s not a time for radical restructuring of OMB’s processes, but it is a time to sort of set the course, have the OMB staff, the leadership of OMB, the White House staff think about what you want OMB to be a year, two, three down the road.”

But current budgetary hurdles may keep OMB from addressing its other priorities. Congress passed a last-minute continuing resolution set to expire on Dec. 9, and will have less than a month to pass a comprehensive fiscal 2017 budget when it reconvenes in November.

Josh Bolten, former OMB director and former White House chief of staff under the George W. Bush administration, said the incoming president should work with Congress to push for a two-year budget deal, in order to keep OMB from constantly operating in emergency mode.

But Dan Tangherlini, a former administrator of the General Services Administration, said OMB’s role in crafting next year’s budget complements, rather than detracts from, the agency’s management goals.

“I think a budget is a management agenda. I think this idea that there’s some separation between the two actually ignores the fact that, if you’re just buying stuff without any idea of what you’re trying to accomplish, then I don’t think that’s even a budget,” Tangherlini said. “And so I think that there has to be some maturation of our understanding of what that whole budget process is, so we’re not saying ‘OK, so let’s work out the numbers today, and then we’ll figure out what they’re going to buy tomorrow,’ which may sound dangerous, but may actually explain a lot.”

The panel agreed that the incoming administration should work closely with OMB in order to shape its policy goals.

“I think for most people who come into the executive branch fresh, they think of OMB as the people that deal in that black box on the budget, and so other people decide the policy, and then we’ll let them crunch the numbers … but in fact, OMB is the most important and effective instrument of both policy formulation and especially execution,” Bolten said.

“If I had just one thing to say to an incoming president about OMB, it’s what a resource you have in the OMB career staff, and don’t think of them as the enemy,” Rivlin said. “Too often an administration thinks that legislation is the goal … that the big thing that a president ought to do is pass legislation, and that passing that it is the victory — and it isn’t.” 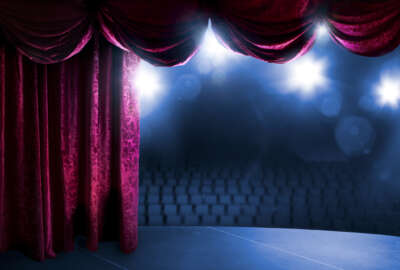