The reason for the huge increase can be traced back to 2007 when the government implemented the Western...

The reason for the huge increase can be traced back to 2007 when the government implemented the Western Travel Hemisphere Initiative (WHTI) requiring citizens to have passports to return from Canada, Mexico and the Caribbean instead of just using their driver’s licenses, as was the case for decades.

Now 10 years later, many of those passports are coming up for renewal and State has been preparing for this day since experiencing problems in 2007.

Brenda Sprague, the State Department’s deputy assistant secretary for passport services, said the agency was unprepared for the 18.6 million applications and ended up with a huge backlog, forcing citizens to wait anywhere from 12 weeks to 20 weeks.

“It was the sort of thing we never wanted to happen again,” Sprague said in an exclusive interview with Federal News Radio. “18.6 million was 50 percent more than we had issued the year before. We’ve been waiting this for surge to come at us. We’ve been preparing for and now we are in the middle of it.”

Sprague said State made improvements around people, process and technology to make sure it could successfully address the impending passport surge.

“The first thing we did is using some money we received from the stimulus package back in 2009 is we opened 11 new agencies across the country and we added counters to some of the facilities that didn’t have public counters. We suddenly became a lot more available to people for emergency needs,” she said. “We increased our hiring by about 300 people. Back in 2007, we only had about 1,600 people on the payroll. Today, we have about 2,200.”

State also worked with the Treasury Department and Citi Bank to create redundancies in how the government processes payments for passports and then move the application forward to the right offices.

“We have two completely redundant, state of the art call centers. And we have two book print facilities,” she said. “The Government Publishing Office has two facilities … that actually make the books for us. We have built a platform that we think can withstand the amount of work that we think is headed in our direction.”

From a technology perspective, State has more access to data than ever before. Sprague said it can check social security numbers, death records and query state driver’s licenses databases in real time or near real time to ensure the citizens getting passports are supposed to be getting them.

“We’ve done a lot of work to make this happen with some great help from partners like Social Security Administration, particularly,” she said.

Probably the biggest change was around the people. Sprague said State did a top-to-bottom review of its processes and standardized them through training and auditing of the system.

State also made the training more exact over the last decade where all new hires would take a one-year structured program to learn how to adjudicate applications that includes everything from learning soft skills to working under a mentor to regular audits to ensure adjudication quality.

One of the factors that made this transformation possible is the passport services office is funded entirely by fees.

“That is a great advantage. As our demand goes up so do our resources, so that has made a lot easier for us in that respect,” Sprague said.

Sprague said the Office of Management and Budget changed the policy to let State keep more of the fee—increasing to 85 percent from 65 percent with the remaining going to Treasury’s general fund.

“What has been a challenge for us is projecting demand because you need to have the number of contractors, the number of books, the resources available to get it done,” she said. “We’ve worked with partners who have done our projections for us. It’s been a trial-and-error process, but in the last several years we have hit our target. For the last four or five years, we’ve been in the 95-96-97 percent accurate and that makes such as huge difference when you have an idea of what’s coming at you, you will be ready for it.”

State has about 1.17 million passport applications in the cue with about 800,000 are at or before the adjudication. Sprague said her staff can turn out about 500,000 approvals a week so she feels like they are in good shape as the busy season—spring and summer as well as the renewals—get started.

Sprague said citizens should check their passports as much as a year before the passport expires and begin the renewal process.

“You have to plan ahead. We will do everything we can to get you on the road,” she said. “Get a good photograph and visit our website (travel.state.gov) it tells you everything you need. Remember children have more stringent requirements. Both parents as listed on the birth certificate must be give permission for the child to have a passport. They must either appear in person or have a notarized document, and the child must always appear in person. The biggest reason the passport application goes into suspense is bad photographs.”

Sprague said the Postal Service is State’s biggest partner to help with passport applications, and there are more than 7,400 sites around the country such as libraries to apply for a passport. 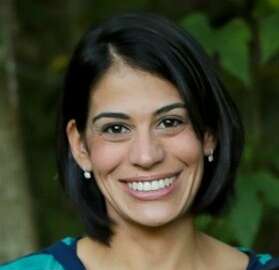 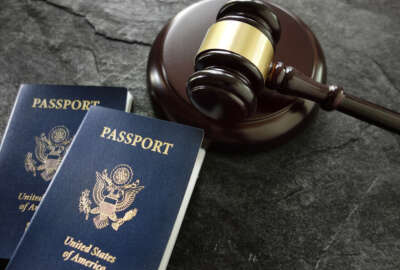