Between the Defense Department, the Department of Veterans Affairs Department and the Department of Health and Human Services the government is one of the biggest health care providers anywhere. Nicole Clowers has been riding herd on federal health care programs as the director of health care issues at the Government Accountability Office. Now she’s a new fellow at the National Academy of Public Administration and the first of five new fellows we’ll be interviewing – one each day this week. She joined Federal Drive with Tom Temin on Monday.

Tom Temin: Ms. Clowers, good to have you back.

Nicole Clowers: Thanks so much for having me, Tom. I appreciate it.

Tom Temin: And I guess from your professional standpoint at GAO, this has just been, I would say the last five or eight years have been pretty busy, haven’t they?

Tom Temin: What are the big issues you think, are remaining in health care? I guess there’s a long list of them but you’ve got everything from EHR at DoD and VA, to VA itself and all the issues around CMS and, where do you begin?

Nicole Clowers: You’re absolutely right, that there are so many big issues in health care. And my team at GAO, we’re responsible for providing oversight of all federal programs and spending as it relates to health care and these programs are massive in size and scope and the influence that it can have on the economy on different industries, but importantly, communities and families. And just to give you a few examples of the key programs that we are frequently asked to examine, would include Medicare – the Medicare program, which last year served about 70 million beneficiaries at a cost of almost $800 billion. And then, of course, you have Medicaid, which is the program that provides health benefits to low income or other medically needy populations. And last year they serve that program served about 75 million people at a cost of almost $700 billion. And so with those programs, we are often asked to look at access issues, are people getting access that they need, what are the health outcomes, what are the quality of these programs, and importantly, the spending of the programs as well. Another area that we spend quite a bit of time on is veteran health care issues. The VA serves over 7 million veterans each year, and the demographics of that population is changing. The medical needs of those – of that population is changing. And also the delivery of the care is changing as more veterans are getting care in the community. And those are the type of issues that we examine as well.

Tom Temin: And before coming to the health care team, what was your assignment?

Nicole Clowers: Before health care, I was at GAO’s Financial Markets and Community Investment team. And I arrived at that team about the time of the financial global crisis and inherited banking and security work. So again, a pretty busy time.

Tom Temin: You like the big ticket items, pretty much it seems to me.

Nicole Clowers: I do, I do enjoy challenge.

Tom Temin: And of course, it looks like at this point, we will have a change in administration. And GAO doesn’t report to the administration but rather to Congress. And so I imagine right now, there’s a thought of the preparation, maybe to brief the incoming teams at the various agencies on the issues they’ll need to pay attention to.

Nicole Clowers: We do have a series of reports and briefings that we make to any new administration as well as the new Congress as they come in every two years. We do that to different reports such as a high risk report, where we identify the really key pressing issues that the government faces and highlight recommendations that we believe either a new administration or a new Congress should be taken to address these policy issues.

Tom Temin: We’re speaking with Nikki Clowers, director of health care issues at the Government Accountability Office, and now a new fellow at the National Academy of Public Administration. And what do you hope to do at NAPA if you can find the time to do it?

Nicole Clowers: Well, I first say I’m really honored and humbled to be selected as a fellow to join such a an important group that does important work and to be able to work with fellows that have a long history of dedicated public service or research on topics. And so I’m really excited. As you may know, NAPA has identified 12 grand challenges that face the nation nation, and that can range anything from data security to developing new approaches to public governance. So there’s a lot of really important issues I can sink my teeth in. I think it will be a matter of narrowing down the topics I want to be involved in. Two that I would really like to – two of the grand challenges that really appealed to me, based on my current work is the building of resilient communities, which includes aspects of health care. And for example, how communities are confronting the opioid epidemic. In 2018 there were 67,000 drug overdoses in this country. What are we doing about it? There’s a lot of programs, are they working? What is our strategy for addressing this? And how is the current pandemic going to impact this epidemic going forward? Another area would be the physical health of the nation. As you know, health care is a driver of the physical health of the nation, given the size and scope of the programs that I mentioned. Health care spending accounts for about 27% of the federal budget. So how health care goes is how the nation’s fiscal health is.

Tom Temin: And when you think about the big systems like that VA operate and the TRICARE system and the Defense Health Agency and so on, you know, reminds me I was watching a documentary on television about Lenox Hill Hospital in New York, and just the cameras going through that place show endless corridors stuffed with equipment. And the physical plant required to support what the doctors do and the technology supporting them. You know, I said to my wife, golly, no wonder it’s so expensive, every little thing that happens in a hospital. Do you ever think that in looking at these big federal programs that are mirrored by some big private sector programs – it’s all too big, and maybe devolving into the local type of low cost and simple delivery might somehow be something we’ve lost?

Nicole Clowers: That’s certainly a policy question for policymakers and Congress and administration to consider in terms of what are we getting for the amount of money that we spend on health care? Is it the right amount of money? I mentioned that we spend about 27% of the federal budget on health care? Is that the right amount? Should it be less or more? And that’s that’s a question for policymakers to decide and, but importantly, whatever we decide to spend on health care, what are we getting from it, in terms of our health outcomes? And are the health outcomes equally distributed across all segments of society?

Tom Temin: Because as the costs rise exponentially, the returns are only going up arithmetically. Like you can save 90% of the people with you know, 90% of the cost, but then the costs double, and then it’s another 2% of the people. And maybe they double again, and it’s only half a percent. I’m making up those numbers but that phenomenon seems to kind of prevail in this particular field.

Nicole Clowers: And there’s a number of aspects that will drive health care costs, including our aging population. A few years ago, I think the statistic was about 10,000 Americans turn 65 every day, and so that aging population will drive costs. As new technologies come on board, new drugs come on board, which is great for potential improvement of outcomes, but that drives costs as well. And people see these technologies or drugs or devices advertised on TV, and then they want – they go to their doctors and say I want to use these and these will increase the cost as well.

Nicole Clowers: Thanks so much for having me. I really do appreciate it.

Tom Temin: Tomorrow we speak with recently retired NASA Chief Information Officer Renee Wynn. We’ll post this interview at www.FederalNewsNetwork.com/FederalDrive. Subscribe to the Federal Drive at Podcastone or wherever you get your podcasts. 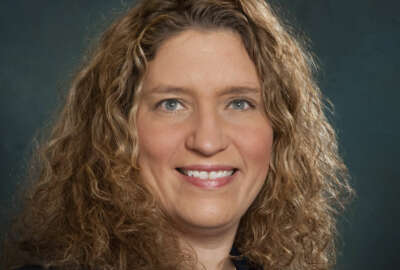 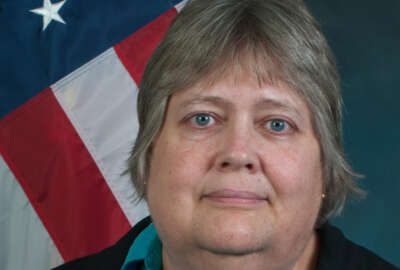