For 30 years, she’s risen through this agency’s ranks, always with the constituents in mind

Each year the Federal Managers Association honors one of its own, as Manager of the Year. Joining Federal Drive with Tom Temin is this year’s honoree. She’s the director of policy and systems for the Railroad Retirement Board, Kimberly Price.

Tom Temin: Ms. Price, good to have you on.

Kimberly Price: Thank you so much, Tom. It’s good to be here.

Tom Temin: And congratulations on this award. Why don’t we begin with the Railroad Retirement Board? Just briefly tell us what exactly it does. It’s an old agency, and I’m not sure everyone remembers the details.

Tom Temin: Alright. And you are the current director of policy and systems for the board, tell us what that job entails.

Kimberly Price: The job as a director of policy and systems entails managing a group of approximately 60 plus analysts, business analysts, policy analysts who work with our IT department primarily creating requirements to revise our current mainframe or PC based programs that we use to implement two acts that we administer here at the Railroad Retirement Board. The first act that I mentioned earlier, the Railroad Retirement Act, which is basically the first cousin to the Social Security Act, as well as the Railroad Unemployment Insurance Act, which was an act that was passed later on. Rail employees do not apply or receive state unemployment benefits, they come to the federal government for those benefits as well. So we, again, work with our IT department on managing those systems and maintaining those systems for the implementation and payment of those benefits under both of those acts. We also write and analyze regulations and procedures for our claims examiners here at headquarters and in our field offices for the implementation of those benefits, providing policies, procedures, forms that are used for our constituents in terms of applications or anything else that we need for the administration of those acts. So basically, we have our hands in anything and everything that it takes to create that payment file that we send to the Department of Treasury for those payments on a daily and monthly basis.

Tom Temin: And is your information technology still in the steam locomotive era or are you bringing it up to diesel electric standards?

Kimberly Price: Well, we actually have a foot in both worlds as we speak. We have recently migrated all of our PC applications to Microsoft’s user cloud and we are in the midst as we speak of taking our IBM mainframe to the cloud as well.

Tom Temin: Got it. So just a quick detail on that. Are you moving the applications as they are or do you have to recompile them, rewrite them, refactor them, or how do you get them to run in the cloud okay?

Kimberly Price: We have been advised, and again, we are in the very early stages in terms of the involvement of my staff, although our IT staff has long been involved in it. But it has been told and explained to us that it would be the same as if we were unplugging our on-prem mainframe and plugging in a new one. So there are no code changes that we’re expecting to our existing COBOL program. So it is truly a lift and shift. We just have to test to make certain we still have connectivity, that our navigation still works and that of course our batch processing still works as it currently does in our current physical mainframe world.

Tom Temin: And you sound like someone pretty dedicated to public service. Fair to say and what drives you to have that enthusiasm?

Kimberly Price: We are a very small agency, and as I’ve mentioned in another interview, a few short days ago because our agency is so small and we don’t have the same resources as well as large staff. We have to get it done, there’s no one else to do what we do but us, there’s nobody that we can hide behind. So our successes and our failures are very public. So that being the case, almost to a person, customer service is everything to us, not only with the constituents that we serve in terms of the real population and their families, but also real employers as well. And we get very high marks in terms of customer service from both our constituents, both on the management side with real employment, as well as on the constituent side with railroad annuitants and active employees as well.

Tom Temin: Sure. And railroad annuitants have, a generation ago or before that, probably had very different ways of life than current and future annuitants. So are you able to update the methodologies by which you serve them to reflect the changes of times where people are more online, perhaps more tech savvy.

Kimberly Price: We have most of our unemployment and sickness benefits available for them online. And we are working fast and furiously to bring our retirement community online as well. But again, given our resources, it is somewhat of a challenge, but we are working toward that goal.

Tom Temin: And your award from the FMA noted that you have been at the agency since 1990. And I guess I’m asking given the comings and goings of the political leadership in the government, as a career federal employee yourself, what would you say to an incoming political with respect to the care and feeding of the federal workforce.

Kimberly Price: While the figureheads may change, the mission of the agency remains the same. And our career employees, we all have the same mission, the same drive, and the same commitment to serving our public. So we’ve seen many board members come and go. But in terms of career employees, it doesn’t matter to us, we know what we have to do. And we continue to do it with the same level of enthusiasm and dedication.

Tom Temin: And what got you into public service in the first place?

Kimberly Price: I had previous aspirations while I was in college of going to law school. And at the same time, when I immediately graduated from college, I was just a little tired, and I wanted a break. And this just came up during I guess what kids would call a gap year, the term that they use when they want to take a year off. And this opportunity presented itself. And I never imagined when I started in 1990, that I would still be here, that I would not have gone to law school and my career just took off. And after a while life just takes off. And life just takes over. And at one point when I did think about going back to school for a degree in public administration. I was married, I had a kid, and at that point the question became whose education means more to me, mine or my child. And I get some advice from a very dear mentor who told me at this point in your career is probably more important for you to pay for your daughter’s education than for yours, you’ll be fine from a career standpoint, and she turned out to be absolutely right. So that’s my story, and that’s how I ended up staying here all these years.

Tom Temin: Got it. And you are getting high marks from the FMA for your leadership capabilities and your ability to mentor people. What have you learned, what are some of the secrets to keeping that staff motivated that you mentioned?

Kimberly Price: Respect people for what they know, treat people as adults, and not to micromanage. And I believe all of that really was just born out of a result of the fact that we are, in fact, so small, that there’s really just not enough time. Because we’re so small, we are just so strapped for resources. There’s not enough time to micromanage. And we become so specialized and what we do and what we know you have to respect people for what they know and given the opportunity to express what they know and to do their jobs on their own. I think that people will rise to the occasion for the most part each and every time given the opportunity.

Tom Temin: Kimberly price is Director of Policy and systems for the Railroad Retirement Board, and recipient of Manager of the Year Award from the Federal Managers Association. Thanks so much for joining me.

Kimberly Price: Thank you so much for having me. 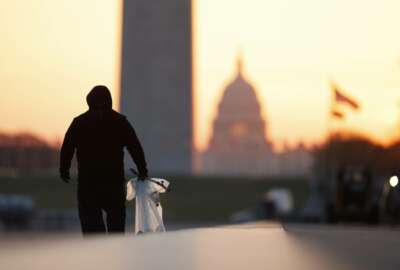 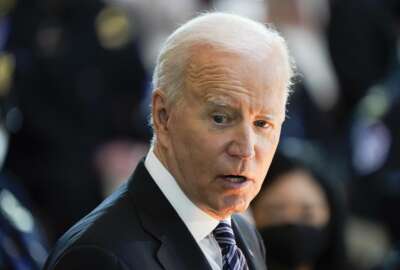 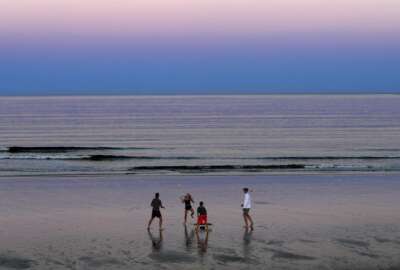