Now that a serious effort at Postal Service reform seems to be making traction in Congress, business groups are lining up to support it — but with some caveats. Federal Drive with Tom Temin got one view from the executive director of the Coalition for a 21st Century Postal Service, Art Sackler.

Now that a serious effort at Postal Service reform seems to be making traction in Congress, business groups are lining up to support it — but with some caveats. Federal Drive with Tom Temin got one view from the executive director of the Coalition for a 21st Century Postal Service, Art Sackler.

Tom Temin: Mr. Sackler, good to have you on.

Art Sackler: Thank you for having me, good morning.

Tom Temin: And tell us just a little bit about the coalition. Are members periodical class mailers, business class mailers or all of the above?

Art Sackler: The coalition is comprised of mailers, shippers and their suppliers. It’s a broad cross section of the industry that generated about $1.6 trillion in revenues, and supported 7.3 million jobs in 2019. We’re mailers of every kind. And we do indeed include newspapers as part of it. And we are also shippers that include some of the big e-commerce shippers and others. And we’re the paper industry, the printing industry, the technology folks who underlie it. And it’s important to understand that we have a very broad array of small businesses, we’re mostly small businesses through the trade associations, which are members of our group. And we also include businesses that go all the way up to the very largest.

Tom Temin: Well, as someone who spent a long time in the periodical controlled circulation business, I know that many of those types of outfits do live or die by what Postal Service decides to charge them. And so let’s begin with what the coalition likes about the Postal Service reform, the main components, which seems to be the ending of the prepayment of retiree health benefits.

Art Sackler: Well, to be frank, we like everything that’s in the bill. It’s a bill that we support. And it’s a bill that if it had been introduced on November 29 of last year or earlier, we would have been positively enthused about. It achieves goals that we’ve wanted to achieve for 10 years. And chief among them is the one you mentioned, it’s the repeal of this onerous obligation to pre fund the retiree health benefits of postal annuitants. And it is caused a huge proportion of the losses the Postal Service has experienced over the past 15 years. There are other pieces in the bill that we like as well. So the bill is a good bill, but fall short in complicated areas.

Tom Temin: Is there the danger though, that if you don’t prepay them now, there must have been some reason that Congress instituted that a while ago, that they’ll just simply have to pay it on the other end, when the annuitants become retirees?

Art Sackler: Well, they do. And that is the common practice in business. It was the practice of the Postal Service, up until the Postal Accountability and Enhancement Act of 2006, which required the prefunding. It was a well intended effort actually to do what you just encapsulated in a couple of short words that as the users of the Postal Service shrank, and that was what the presumption was in 2006. There’ll be fewer folks to businesses, individuals to carry the costs of retiree health as the system grew older. But they mandated a pre-funding that stretched 75 years into the future, they were protecting the unborn. And what happened, unfortunately, very coincidentally, was three months after George Bush signed the bill into law in December of 2006, Steve Jobs introduced the iPhone and social media was starting to come on line. And the result was that a lot of business started diverting from paper into digital. And so the Postal Service got clogged with that, it got exacerbated by the Great Recession. Long and short, Postal Service couldn’t prepay after 2011. They just didn’t have the money. And they had to choose between pre-funding the retiree health benefits and delivering the mail. So there wasn’t a real choice there.

Tom Temin: We’re speaking with Art Sackler. He’s executive director of the Coalition for a 21st Century Postal Service and a partner at the law firm Sackler Brinkmann & Hughes. And the other thing that occurred at that time was beginning the rise of Amazon. And now the Postal Service has participated in this explosion of parcel delivery and packages. In fact, they are subcontractors to some of the other big delivery companies, but that doesn’t seem to have offset the revenues that they lost from first class. Was that pretty much a good way to look at it?

Art Sackler: They have an offset enough. If you take last year as an example, packages spiked during the pandemic, and they’re still very high, which is a good thing for the Postal Service. And mail was off 20%, 22%. It plunged during the pandemic. And yet, for the fiscal year of 2020, packages brought in 28 billion bucks, 7 billion more than they ever had before, which was the previous year, and mail was still at $37 billion. So they haven’t been able to really replace male revenues with packages. And of course, it goes beyond just the revenues and what’s necessary to serve business, what’s necessary to serve the public.

Tom Temin: Yes, and there is a reform plan that I think predated Louis DeJoy, the Postmaster General, but he’s been promulgating it. And that has to do with a lot of the infrastructure of the Postal Service, delivery times. And also of note to your members, and I guess to anyone else who mails, is rates. And you are looking for a lot of savings and Postal Service solvency, is the C21 coalition looking for zero rate increases, or you want to just limit rate increases?

Art Sackler: We already are subject to an annual inflation increase from the Postal Service. In current law, it’s limited to or it was limited to CPI-U, which is CPI urban. And that’s meant that every single year, there’s been increases of a small percentage, but much more easy to handle for customers who can plan ahead, plan on an inflation increase, and so forth. And it also, Congress had in mind back in 2006 when it went to a rate index, that capping what the Postal Service could get in any given year would do two important things. One, it would land certainty and predictability to the customers of the Postal Service, they could predict how much the rates were going to go up instead of under the previous regime, get spikes and different increases that came every few years. It just was not very predictable. So they got that. But very importantly, Congress recognized that having a cap on revenues would force the Postal Service to become more economical. And indeed it did. They cut out enough costs, they used to say, to save themselves about $15 billion a year. And that stands the logic, if the system is losing money, they can’t just go effectively print money by raising rates by whatever they need.

Tom Temin: What is the industry’s concern over possible postal rate hikes?

Art Sackler: Well, the Postal Service is going to ask for increases that are triple to quadruple inflation. And as I mentioned before, no one who has been using the Postal Service the past 15 years has experienced anything beyond inflation. What the industry participants are telling us is that this increase will be crushing. And that the fact that the increases that we’re going to see are going to be compounded is really going to accelerate mails leaving the system for small businesses. Mail is a lifeline for nonprofits, for magazines for newspapers, and yet they’re not going to be able to afford these rates, and are going to have to reconsider their participation in the mail. And in some instances, some businesses may be pushed right out of business. And meanwhile, the big boys, banks, utilities, retail, those folks, who are not going to be obviously damaged in business from this are all reconsidering how much they want to stay on paper, and how much they want to or how fast they want to move to digital. And this is going to push it all out.

Tom Temin: And finally, what’s your sense of their competitive position versus FedEx, UPS? Right now there’s no door to door six day anything for the home, that kind of constitutional mandate of the Postal Service. But really the big competition is in packages and parcels. Can they remain competitive if they can’t control their pricing the way the other commercial carriers can?

Art Sackler: Well, they actually can. The Postal Service is divided into two distinct areas. One is called market dominant. That’s all the old monopoly classes, first class, marketing, mail, periodicals, all of that. And then on the other side are businesses or operations that have direct competition in delivering either hardcopy or packages in particular. And that’s where the postal parcel business, if you will, lies, it’s completely competitive. And on the competitive side, the Postal Service can set any rate at once, as long as that rate covers the cost of delivery, and contributes to the institutional costs or the overhead of the postal service by a minimum set by the Postal Regulatory Commission. And the Postal Service has proved to be very competitive. The amount of increase in packages over the last 10 years has been astounding. And in particular, these last few years and last year most of all, the increase has been really very impressive to spectacular, which is what it was last year.

Tom Temin: Art Sackler is executive director of the Coalition for a 21st century Postal Service, or C21, and a partner at the law firm Sackler Brinkmann & Hughes. Thanks so much for joining me. 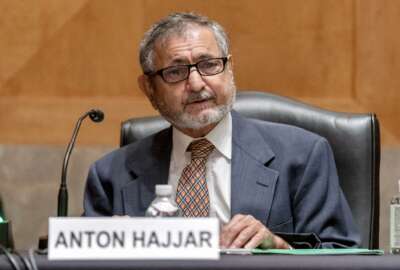 Senate OKs Biden nominees to postal board amid mail changes 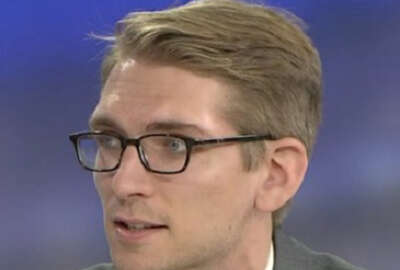 Congress hints, Postal Service reform might be a real possibility this year