Soon the State Department will honor U.S. companies doing business overseas. Companies that demonstrate American values and international best practices. It’s the latest round in the Award for Corporate Excellence program, now in its 22nd year. For more on the program, the acting assistant secretary for the Bureau of Economic and Business Affairs, Peter Haas, joined Federal Drive with Tom Temin.

Tom Temin: Mr. Haas, good to have you on.

Peter Haas: Hey, thanks to be here.

Tom Temin: And just to clarify, this award is not for State Department contractors, but for companies at large that feel they have a chance and enter this program.

Peter Haas: That’s exactly right. This is for US companies that are operating internationally and to recognize the great work that they do in promoting American values and American business values overseas.

Tom Temin: Now, there are a great many companies that do that type of work, some big ones, Is it only big companies that get to be nominated and get this award or can small companies also be part of it?

Peter Haas: Absolutely, the small companies can be part of it. And in fact, this year, we’re encouraging nominations, both for small and medium enterprises, and for the larger corporations. Because what we find is sometimes it’s the smaller companies that do the initial innovations and test new ideas and new processes that then bigger companies are able to pick up later and do at a much larger scale. And so it’s important to recognize both the smaller ones who are making a tremendous impact, and also the big companies that build upon that impact.

Tom Temin: And when you say operating overseas, that is to say not just simply exporting, but actually having business operations, manufacturing for example, or sales and marketing. What are some of the things that they actually do overseas?

Peter Haas: Yeah, so that’s exactly right. And what we find is that US companies can often be our best, I guess, informal ambassadors, overseas. And then in a lot of countries, there are a lot of people whose only contact with the United States is through either products or services offered by US companies or their affiliates overseas. And what we’ve found is that, in general, US companies, when they’re operating overseas, generally pay a better wage, they have better labor standards. They respect environmental standards and have sustainable operations. They don’t pay bribes. They do community support, they train their workers, and they pay attention to diversity and inclusion. And so whatever they’re doing, whether it’s manufacturing or distributing, or in some cases, sourcing local products to export to the United States, we find that they’re tremendous ambassadors of the way American companies do business.

Tom Temin: And over the years, are they tending to be mostly operating in Europe, in the EU, or do you find them in other parts of the world that are might be a little bit tougher – Asia, Africa, so on?

Peter Haas: Absolutely find them all over the world, and sometimes in actually very difficult areas. In one case, we had a small company that was operating in Africa. And they were deliberately seeking to source cocoa and coffee from areas where there was conflict. And they were doing this to be able to raise income levels for the people who were living in those areas and under conflict situations, so that they had a way to earn money, and survive and take care of their families. And so some of these are operating in very, very difficult environments in very difficult areas.

Tom Temin: Yeah, that’s an interesting subtext there because what you’re discussing is a profit making organization that in some ways does practices that you might associate with a nonprofit. So the implication there is that profit making business and some of these greater societal goods are not incompatible?

Peter Haas: That’s exactly right. And there’s a whole area of social entrepreneurship that seeks to do just that they do well, by doing good, I guess you would say, we have another example, where a prior winner sourced cashews and deliberately chose female farmers to give them the opportunity to sell their product. And then, in general, they found that female farmers then devoted more of the money and their proceeds into improving the health and education of their children, and therefore, in the longer term, raise the standard of living. But no, the company did it to make money initially, and they found that they could do good by doing well.

Tom Temin: We’re speaking with Peter Haas, the Acting Assistant Secretary of State for the Bureau of Economic and Business Affairs. And how do companies get nominated, you’re in your 22nd year. So there sounds like you have to have a regular pipeline of nominees to be coming into the program.

Peter Haas: Yes, every year, we determine the categories and they change over time to reflect different priorities and then we notify all of our embassies and consulates around the world. The categories that we’re doing, and then ask them who are closer to the ground and watching us companies to put forward nominations. And then once we received the nominations, we have a group of senior level officials who look them over and match them to the categories and determine the winners. Got it?

Tom Temin: And what do the winners get, by the way, you get a trophy, or you can’t give them a contract or anything like that, do they have something tangible to take back to the main office,

Peter Haas: Most years, last year being different, obviously with COVID – but in general, the Secretary of State hosts the winners here at the Department of State for an award ceremony, where we invite the CEOs from the winning companies to come in to present a little bit on what they’re doing. They do get a trophy, it’s a metal, a standing for ace. And often what we find is that those trophies then go to the company overseas, and they very proudly display them there and trumpet their success in our embassies overseas also trumpet the success of these companies. And the nominees are in for this round.

Tom Temin: What’s the timeline for when they will be announced the winners?

Peter Haas: So we’re planning to announce the winners in late fall, generally it’s in the month of November. And so we still have a few months where we’ll do the evaluation of them and make the selections and the announcements and the preparations for the ceremony.

Peter Haas: Absolutely, what we do every year with the announcement, we also post on our website and do a fair amount of social media around not only who the companies are, but exactly what they did. And so it creates an inspiration for other companies who may be seeking to follow the same thing. And so we do try to do that, obviously, in the countries where the winners are our embassies, make a big deal out of it and do lots of publicity, so that other companies operating there can see it. And there, I think I’d also like to add that it’s not only the best practices being shared with other American companies, often US companies in foreign markets, the responsible business conduct that they employ, is well above the standards of other companies that are operating in the same market. And so by highlighting what they do in terms of say, promoting diversity, promoting environmental sustainability, we’re able to highlight what US companies do that then other companies in that market can then model and and replicate.

Tom Temin: Because some countries, there is official corruption that goes on and to be able to operate. Sometimes you have to pay people that you wouldn’t think of paying anywhere else, certainly not in the United States. So far, we’ve never had that issue. But have you ever run across that challenge for companies operating overseas? Because there are American laws against that kind of thing? And yet, you’ve got to survive in some manner? How does that get resolved.

Peter Haas: So certainly, that can become an issue. And as you indicated, US companies are prohibited by law from paying bribes when they’re operating overseas. Well, actually prohibited in general from paying bribes. And their competition often isn’t. And it’s an important role that not only this award, but also the activities that we do at the State Department in pointing that out. And in working with host countries to make sure they have the laws in place to stop bribery, and working through international organizations and agreements like the OECD convention on anti bribery, to make sure that we’re able to level the playing field because, in general, you’re not a better company because you pay more in bribes, you’re a better company because you deliver a better product.

Tom Temin: Peter Haas is Acting Assistant Secretary of State for the Bureau of Economic and business affairs. Thanks so much for joining me.

Peter Haas: It’s my pleasure. And we’re looking forward this year to our main categories on excellence in climate innovation, excellence in health security and excellence in economic inclusion. Thanks so much for having me. 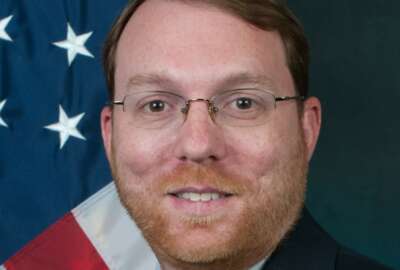 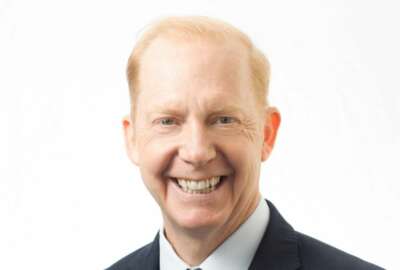