Are feds really quaking in their shoes? Maybe not so much…

Despite widespread reports that anger, fear and loathing have consumed or paralyzed the federal civil service, it appears lots of feds either didn’t get or ignored the memo warning that the end is near, if not already here.

Instead of drafting letters of resignation or sitting zombie-like at their workstations, some government workers, maybe a lot or even most, are actually getting on with their jobs. The 90-day government hiring freeze (which has more holes than our border wall with Mexico) apparently hasn’t stopped or delayed many vital functions.

Instead of fearing for their jobs and dreading them when they get to the office, it just may be that tons of feds are — not unlike many of us — waiting to see what happens next and still earning, in some cases more than earning their keep.

Friday’s column was intended to inject a teenie bit of balance to the stories and surveys showing that the government has been falling apart since January 20.

So are things bad as much of the media is reporting? Does a survey of 800 members of a union that endorsed the other presidential candidate prove that morale among 2.8 million feds — spread around the country and the world — is sinking fast?

So, we asked and here are just a few of the responses:

“My morale is just fine and if anything, more optimistic under the new administration. I do take umbrage at the recurrent urban myth of ‘Feds looking at pornography for six hours a day at work.'”

“As a military doctor, this is not only illegal and unthinkable, but I would be more likely to get away with raising a herd of goats in my office than to escape detection from the cyber folks. Some of these legislators need to get their own house (or House) in order and fix some real problems.”

“I’ve have been a fed more than 30 years mostly with the IRS. I am not a bargaining unit employee being represented by the National Treasury Employees Union, but I work closely with the Union and I have a good working relationship with them and their constituents because I try my best to be fair and do what makes the most business sense for all.”

“Yes, morale is low and only because most of us are over-worked, frustrated and spread thinner than a sheet of copy paper. When we took the Oath of Office, we did solemnly swear that we would well and faithfully discharge the duties of the office of which we entered and we have done that, faithfully. Most of the people that I work with and interact with on a daily basis are decent, hardworking individuals who still believe in that oath.”

“Most of the issues we face today are due to a huge disconnect between headquarters and the field. Back in the ‘good old days’ before an executive made it to Washington, they worked in trenches (field), where the real work is done, then made their way to a regional office, then a service center, then Washington. They understood the work and the why. Now, we have all these executives trying to keep us afloat, but they don’t understand the work we do in the trenches.”

“They’ve forgotten that ‘service’ is in our name. They don’t understand the importance or the hoops that we continue to jump through to get the job done and serve the American taxpayers. They visit large offices with thousands of employees who have the luxury of resources available to them (like secretaries). They never visit a small office with no managers or support on site that have to perform the same duties as those in a large office, except add to that all the secretarial duties.”

“It’s hard to provide stellar customer service when you’re span of control has nearly tripled and when you can’t hire even a secretary or fill behind a retirement. We’ve already let so much historical knowledge walk out the door retiring in frustration. I’ll admit, we are not a popular agency, but it’s really not our fault. What most taxpayers don’t understand is that we don’t make the tax laws, those men and women that they vote for are making all these changes to the tax code. Our employees that work on the tax side are merely trying to implement.”

“It doesn’t stop the fact that all the frustration and hatred is directed towards us — the employees. It’s a very frustrating time for all feds right now. We continue to provide the best customer service that we can, but it’s ten times harder than it used to be — when you constantly have to do more with less.“

“Change of any kind can be disconcerting for some folks. Should people be concerned? Sure. But right now there are millions of people across our fair country that are concerned about one thing or another. We are but a small percentage of that. I’m going to hang around and see what happens.”

—Steady As She Goes

“Your Friday column said that outside of the U.S. Postal Service, the vast majority of federal employees DO NOT belong to unions. Any union. You are correct. I am 50 years old and have 16.5 years of faithful service through three different agencies. I never belonged to a union and I don’t know anyone who does, except for my friends in Postal Service.”

“You also said ‘Short of a confidential survey of tens of thousands of feds in every agency (who probably, wisely, wouldn’t respond) it is impossible to say, for sure, whether most feds are living in terror or sticking to business.’  This fed gets a request to participate in surveys but is keeping her head down and sticking strictly to business.”

“I know from experience that those ‘confidential surveys’ are NEVER confidential. We are watched in every way, shape and form both by management (who is highly insecure right now) and by those among us who are paranoid and feel they have to spy on their fellow co-worker, which makes for a miserable environment in which to work.”

“That being said, I love my job and I love my country. What I do is very important to the safety and security of millions of people. So despite situational stress and the occasional crazy person sticking their nose in, I am going to keep chugging away and taking pride in what I do. Come on 2037, 36.5 years of federal service and finally retirement!”

“Mike, I really appreciate what you do. You are spot on in certain commentaries, so please keep it up!”

There are more than 10,000 “Main” Streets in the United States. The longest one is located in Island Park, Idaho and is 33 miles long.

Playing the Trump (as in POTUS) card 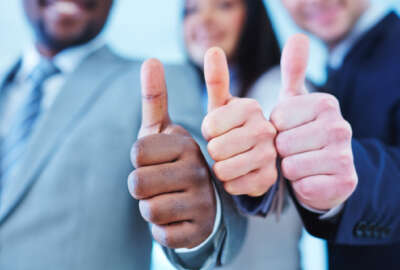 Should TSP millionaires be congratulated or horse-whipped?