With the 2018 federal pay raise set, and the retiree cost of living adjustment to be announced this month, the next question is how much of a bite new, higher health premiums will take out of your pocket next year.

President Trump last week set the January 2018 pay raise for white collar federal workers at 1.9 percent.  After adjustments are made for locality pay, that means workers — depending on where they work — will get anywhere from 1.4 to 1.9 percent or in some cases a little more.

Feds in metro areas such as Washington-Baltimore, New York City,  Los Angeles, San Francisco-San Jose, Philadelphia and Houston are expected to get the largest increases.  The pay differential between cities inside and outside the locality pay system are significant.

Want to see how much you could be making if you made a move.  Check this city-by-city pay schedule for 2017. The 2018 tables will be published in December.

The January 2018 COLA is still up in the air but as of now it is on target to be about 1.5 percent, based on the rise in the Consumer Price Index for Urban Wage Earners and Clerical Workers (CPI-W) in July. The final amount of the inflation catch-up will be based on the CPI-W for August. That will be announced in mid-month.

Federal retirees got a mere 0.3 percent COLA this year. And they didn’t get any adjustments in 2010, 2011 or 2016 because inflation was flat.  Hurricane Harvey is expected to have a major, if temporary, impact on oil prices which are a primary driver of inflation. But any spike in prices will hardly be reflected in the August numbers from the Bureau of Labor Statistics.

Meantime, folks on tight budgets are bracing for the next shoe to drop: 2018 premiums under the Federal Employee Health Benefits Program (FEHBP).  It’s the nation largest (and many say best) employer-backed health plan with nearly 9 million people covered.

The FEHBP offers workers and retirees a number of plans and options, both nationwide fee-for-service and local HMOs.   Unhealthy retirees and younger workers who do triathlons pay the same premiums and get the same benefits if they are in the same plan.   Nobody can be rejected because of preexisting conditions and the government pays anywhere from 72 to 75 percent of the total premium.

That’s the good news.  The not so good is that premiums are likely to go up much higher on a percentage basis next year than either the worker pay raise or the retirees inflation-adjustment.

For detail on how the COLA is calculated, click here.

The extended open season (running from mid-November to early December) gives workers and retirees a lot of time to compare premiums and checkout plans best suited for their needs.  Many government agencies subscribe to the Consumer Checkbook’s Guide to health plans.  It’s free for their employees, and they are encouraged to shop online at work, for the best deals.

As per usual FederalNewsRadio will be covering the premium lineup, and bring in experts to help you get the most bang for your insurance buck.

Despite the excellence of the program and all the help workers get to shop around, most people (like 94 percent) do nothing.  They may look, they may complain, but in the end they do nothing.  They stay in the same old plan year after year.

While it may have been right (and less expensive) for you at age 25 or 30, it is likely not the best choice if you are in your 50s or 60s starting to accumulate lots of aches, pains and medical problems.

Young healthy people tend to change plans. Older less healthy people don’t and, over time, that creates what is known as “adverse selection” meaning that there are too many heavy-users in a plan, driving up its premiums.

So enjoy your biggest pay raise (and maybe largest COLA too) in years.  But don’t blow them by sleep walking through the open season and allowing higher premiums to eat up much of what you will be getting.

The U.S. government is still paying one pension on behalf of a Civil War veteran. His 85-year-old daughter still receives $73 a month. 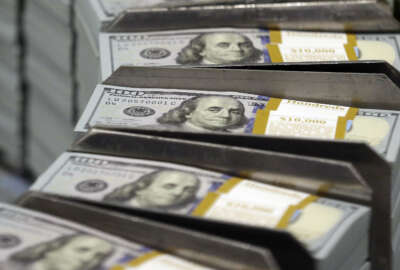 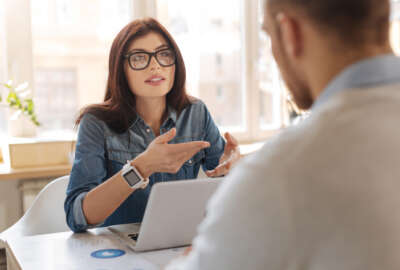 Could millennials become an endangered species thanks to RIFs?