In Samuel Beckett’s critically acclaimed play Waiting For Godot, two guys sit around on a stage for a couple of hours waiting for someone named Godot to appear. A few other characters wander in and out. The two men who show up — Vladimir and Estragon — talk. And talk. And talk. Godot never shows up. Sounds great, right? Also sounds familiar. Like maybe your office! At least when the subject is buyouts. Lots of talk, little or no action. Lots of people waiting for the government version of Godot: A VSIP (voluntary separation incentive payment).

Buyouts were popular in the 1990s. The Clinton administration sought them — $25,000 maximum before deductions — to help downsize the government. It worked. More than 230,000 federal workers were bought out, given early retirement, fired or their functions were either consolidated or privatized. At first, they were limited to about 30,000 Defense Department civilians. But later on, buyouts (in combination with early retirement) were extended to other federal agencies. Buyouts appear to have gotten into the DNA of some workers who have been delaying retirement, some for a very long time, in hopes that there is a buyout in their future. With all the talk about downsizing and draining the swamp, some people thought that there would be a new round of buyouts. But there hasn’t been yet…

Today in 2017, there are two kinds of buyouts. Workers in most federal agencies, the IRS, FAA, Interior, EPA and the State Department, to name a few, are limited to the Clinton-era buyouts that are worth $25,000 before taxes and other deductions. And buyouts could be a handy tool to get people to leave voluntarily, rather than going through messy (and costly) reduction-in-force procedures. Buyouts would also come in handy in places like the EPA and State Department, which are in for downsizing; Interior, which is in for reorganization; the FAA, if the air traffic control system is privatized and the IRS, which Congress keeps shrinking, even as it complains about uncollected taxes. But while $25K was a chunk of change in 1993, today it wouldn’t pay six months’ tuition at any of Washington’s private schools where many well-heeled politicians — and the two most recent U.S. presidents — send their kids.

Realizing that there have been pay raises and inflation since 1993, Congress last year authorized $40,000 maximum buyouts, but only for Defense Department workers for a limited time. Data showed that to match the $25,000 buyouts today would require a payment of just over $42,000.

Buyouts, when available for most federal civilian workers, are limited to $25,000. But for civilian workers in the Defense Department, the $40,000 buyouts that were authorized last year are sort of like Godot-the-no-show.

Congress authorized the $40,000 Defense-only buyouts last year good through Sept. 30, 2018. The House-passed version of the National Defense Authorization Act extends the Defense-only buyouts through Sept. 30, 2021. Retirement-eligible feds in other agencies are hoping history will repeat itself and they too will be eligible for the higher voluntary separation incentive payments. The good news is that the $40K version is out there for DoD employees. The not-so-good news is that nobody seems to have heard of any buyouts. The Federal Managers Association, which has lots of members in Defense, says it’s heard nothing. Language in the pending NDAA requires the Pentagon report on buyout activity within 90 days following the end of the fiscal year. It wants to know how many are offered, their impact on operations offering VSIPS and how many actually took the money.

A congressional staffer said he expected that buyouts — both in Defense and elsewhere — could begin in October because agencies save the most money by getting high-salaried workers off the payroll early in the fiscal year. He said some of the delay may be because the Trump administration has been slow to make the changes promised. “So when [buyouts] start, they could come quickly in the fiscal year, so people who might be eligible should be prepared to say a quick yes or no,” if the buyout offer is made.

Retirement plan on the ropes

The Trump administration and House Republicans have proposed drastic changes in both the Federal Employees Retirement System (which covers most current employees) and the older Civil Service Retirement System. They range from reduced cost-of-living adjustments for CSRS retirees to elimination of COLAs in the future for FERS retirees; calculating future benefits on the employees highest five-year average salary; eliminating the defined benefit for future FERS retirees (they would be left with Social Security and their TSP accounts) and requiring FERS employees to pay up to 6 percent more for their benefits. We covered all that with expert Jessica Klement, NARFE’s legislative director, in last week’s Your Turn radio show. Although all the shows are archived on our homepage, many people said they can’t get them. So we are going to rerun that show tomorrow (Wednesday) at 10 a.m. Listen if you can and tell a friend.

During World War II, poet and playwright Samuel Beckett worked as a courier for the French Resistance. 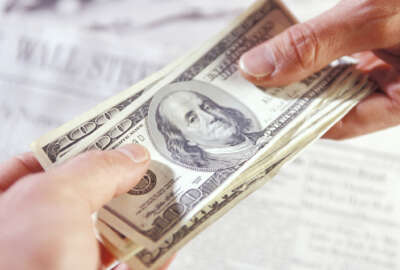 Is there a buyout (or a layoff) in your future? 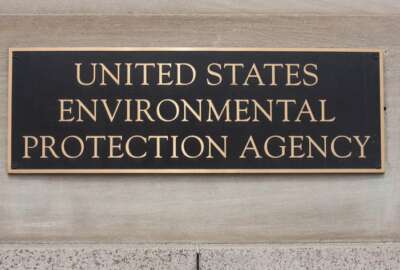 Nearly half of EPA watchdog’s buyouts issued to ineligible employees