Sooner or later, we’ve all got to go. Whether your departure is to retirement, relocation or you leave office in a reclining position, when it’s over, it’s over. Retirement could last anywhere from a matter of days to decades. In the obituary section of The Washington Post, it is not unusual to read about people — many of them former feds — who were retired longer than they actually worked. When you leave, it may be for the best time of your life, or the most trying. Nobody knows.

But whatever lies ahead and whatever happens — good, bad or indifferent — it pays to plan ahead. As in having a plan. Doing the right/smart thing now means a payoff for you, for your spouse/significant other and your children. And peace of mind. The way you get your financial ducks in a row can be a major gift — emotionally as well as financially — for those who may wind up taking care of you.

Whether you are a lifer or are just doing time in government to make contacts and build your resume, knowing where you are is the best way to get to wherever you are going. Or think you are going.

Where to start? How about knowing how much you are worth on the hoof. Dead or alive. Right now. And in the future.

Tom O’Rourke is a Washington area attorney who specializes in estate planning. Many of his clients are active and retired federal workers. He says that many feds are worth a lot more than they think. In addition to maybe owning a paid up home, they will have an annuity (pension) for life. “For all federal retirees, the starting point is the fact that they are entitled to an annuity for life that is indexed for inflation,” he said.

A growing number of feds and federal couples now have 401(k) balances exceeding $1 million. The vast majority did it the hard way. They started investing from day one, maxed out their contributions and rode out the market in good and bad times. The average TSP millionaire is not a fat cat, but rather somebody who invested wisely and steadily for an average of 27.8 years.

Whatever you have, you may be worth a lot more than you think. So do you have an estate plan? Does it include beneficiary designations and property ownership arrangements? Do you know the difference between a will and a trust? And which is best for you? How about powers of attorney? There are several kinds and you may need all of them. How to find out.

Listen to our Your Turn radio show today at 10 a.m. EDT. Tom O’Rourke is the only guest and you are the only subject. The show is streaming live at FederalNewsRadio.com. In the D.C. area, you can also listen on 1500 AM. If you have questions for Tom, you can call in during the show at 202-465-3080 or email me the questions (before show time) at mcausey@federalnewsradio.com.

This is a good show to tell friends and coworkers about. If you can’t listen today, or want to hear it again and refer a friend, all the shows are archived on the Your Turn homepage.

Because so many players from the Pittsburgh Steelers and the Philadelphia Eagles left to join the armed forces during World War II, the two NFL teams merged during the 1943 as the “Phil-Pitt Combine.” Their unofficial name was the “Steagles.”

The differences between estate and retirement planning 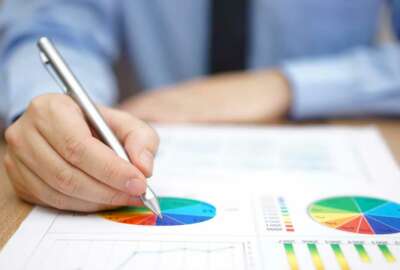