Confused by the difference — if any — in federal employee pay raise vs. cost of living increases for federal retirees? If so, welcome to the club. The two events are each big deals. But very, very different.

Although many politicians, people in the media and some feds themselves refer to both increases as cost of living adjustments or raises, they are two very different breeds of cat. But even those in the confused cadre are likely to get a very clear example this coming January when retirees will almost certainly get a COLA (cost of living adjustment), while civilian members of the federal workers get nothing. But perhaps the thanks from an, uh, grateful nation.

With four months left to go in the COLA countdown federal and military retirees and Social Security recipients are tentatively looking at an inflation catch-up of 1.39 percent. COLAs are based on the rise in living costs (as measured by the Consumer Price Index-W) from the current third quarter (July, August, September of 2018) over the previous year’s third quarter.

In January of this year (2018) the federal-military-Social Security retirees got a 2 percent COLA.

Pay for federal workers has little or no connection to the rise or fall of living costs. Although the FEPCA pay law sets a process for regular annual catch-up-with-industry pay raises, Presidents Clinton, Bush and Obama largely ignored it. Pay raises are set by the President. Congress has the power to raise or lower that amount.

After three years without a January federal pay raise President Obama authorized a 2.1 percent increase for both federal and military personnel in his last year in office.

The first pay raise proposed by President Trump was a 1.4 percent across-the-board adjustment for civilians with another 0.5 percent allocated for locality pay raises. Workers in high-private-sector wage cities like Washington, D.C., New York, San Francisco and Los Angeles got the maximum increases.

In his budget for 2019 President Trump has proposed a pay freeze. Some workers would continue to get within-grade (WIG) longevity raises worth approximately 3 percent. But there would be no across-the-board January adjustment unless Congress overrides the president.

Given the short congressional work schedule because of the mid-term elections, and GOP control of both the House and Senate it is unlikely that white collar feds in Defense, the IRS, Homeland Security, Interior, OPM or other executive branch agencies will get a January increase. 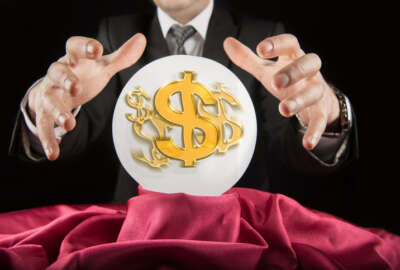