One of the primary differences between executive branch federal employees and those who work for Congress is job security — that and the egos of their bosses.

Executive branch workers, i.e. the folks at the Commerce, Interior and Defense departments, IRS, NIH and Social Security Administration, have a lot of job security. And there are many rules and procedures that protect them from firings on a whim.

Employees of the House and Senate come to work everyday knowing that if they make one false move, one mistake, they can be fired on the spot. Clean out your cubicle, you are history. Also, even if they do not make a mistake, they still serve at will. Every day, literally, could be their last.

Unemployment is just a mood away. All the staffers are at-will employees totally dependent on the kindness of the boss.

Politicians, at least some of them, think the at-will system is so good and works so well they want everybody to benefit. They want to extend it to federal civil servants in the executive branch. It’s one of the proposals in the Republican Study Committee report which make the civil service “reforms” proposed by the White House seem mild by comparison.

The conservative GOP coalition backs all of the changes proposed by the White House, plus another set of changes impacting everything from the rate paid by the Thrift Savings Plan’s treasury securities G-fund, to drastically reducing the share of your health premium that is paid by the government and, of course, at-will status for new hires.

The committee would also trim government by allowing agencies to fill only one of every three vacancies. This plan has been tried many times before always crashing and burning as Congress itself exempted “important” operations like Defense, Homeland Security, Social Security, the Federal Aviation Administration, etc., until most of the government was exempt.

Currently federal agencies pay an average of 72 percent of their employees’ health premiums. That amount remains constant even if premiums go up, most of which do each year. The postal service contribution is even higher. That generous guaranteed government contribution allows many workers and retirees to buy the best coverage for themselves and their families. But under the GOP groups plan that would be reduced to a flat dollar amount from the government. The thinking is it would force workers and retirees to shop more carefully and push insurance carriers into offering plans with lower premiums. Or not.

It’s anyone’s guess as to whether any of the changes proposed by the White House, or the study group, or some other House budget plan will become law this year. Time would seem to be on the side of feds and retirees.

Because this is an election year most members of the House will be preoccupied with November races. Given the dueling plans, the efforts of federal-postal-retiree groups and time itself, odds against any major changes are long. Unless…

Some of the proposed changes are attached to the “must pass” National Defense Authorization Act (NDAA). If any of the civil service “reforms” get into the NDAA — most likely the House version — there is a good chance one or two of them could become law.

The most expensive fiber in the world is wool made from the coat of a vicuña, which is a camelid, or llama-type animal, from the Andes mountain region. A scarf made from the material costs about $1,500 and man’s vicuña coat can cost as much as $20,000. 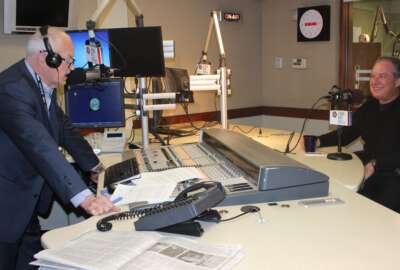 White House proposals for civil service reform: What they got right

White House proposals for civil service reform: What they missed