Could you ever be employee of the month?

What’s your definition of a merit- or performance-based pay system? Do you have the right stuff to be a winner in a competition with your coworkers? Do you have the kind of job where anybody would notice if you actually did great things?

I once worked for a place where the union set the basic minimum pay scale. Individual employees could then negotiate their salaries based on their skills, experience and in one case, I’m pretty sure, because the chosen one had great — albeit fake — teeth.

In order to boost morale, increase productivity and reward those who deserved it, management decided to give an employee-of-the-month award.

So each month for a year the supervisors chose an employee who then got a certificate suitable for framing and a shout-out at one of the weekly meanings while the rest of us — I mean them — sulked. They also received enough cash to make do in Starbucks for about a week. One cynical worker, who correctly suspected he would never get an award, said management would also claim that the program was climate-change friendly.

The program lasted about year. As I recall it, the same person got about seven out of 12 monthly awards. And it made sense, up to a point.

If he or she was that good, in management’s eyes, and that valuable that wasn’t going to change every 30 or 31 days. If he or she could leap tall buildings in a single bound in February they probably could and would be doing it in June and November. Good is good and excellent is excellent. So it made sense that with few exceptions for changes in workload or mission or goals, the same excellent employee of the month would continue to be so. They would certainly be more excellent than the rest of us, by both nature and definition.

After a while the program quietly went away. There was no official obituary, it just ended. Most of us were glad, I suspect, and maybe even the person who got the lion’s share of the cash and honors was, too?

Now the Trump administration has plans to establish a reward-for-performance system in the government. That’s one of the reasons that the administration, which proposed and authorized the 1.9 percent pay raise in January 2018, is not offering a followup raise for 2019. The plan is apparently to hit the reset button on an agency-by-agency basis with cash available to give more generous awards and raises to deserving employees and less, maybe a lot less, to others.

Various pay-for-performance plans have been tried before in government. In recent years they have been authorized or imposed by Republicans and opposed or sabotaged by Democrats and federal unions. The Defense Department’s program was limited by union protest and court action to only selected parts of DoD not represented by unions.

When the numbers showed that employees got higher raises on average under the pay for performance system, opponents cried foul. They said the Bush administration was giving employees bigger raises to make it look like a success, but the administration said they did better because the program was a success.

A new version of the wheel is about to be introduced. The question for you as a been-there-done-that fed is can and will it work in the federal government? Or is it a political concept and a theoretical exercise best left to grad students at a school of public service?

Piranhas can make three distinct vocalizations. They “bark” or send low grunts to send a warning to possible predators, and if that doesn’t work they gnash their teeth to chase off an attacker. 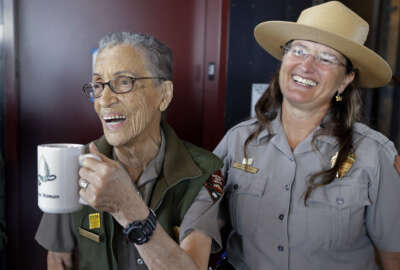