By now many if not most outside-the-Beltway Americans know that Washington, D.C., is partisan territory where just about everything passes through a filter. But folks out in the real world often see the same things very differently, too. Here are some recent emails from people who believe political messages exist even in so-called straight reporting on federal pay and benefits:

“Mike, I pass on some feedback from a good friend. I agree with his comments and have heard this from several current and retired federal employees: ‘What galls me to no end, and also my retired Air Traffic Controller friend on the West Coast, is how Mike Causey, instead of just going to the story, starts these things out with a full description of how we are living high off the hog from our [Civil Service Retirement System] pensions.

‘He always points out how much better we do in retirement than our private peers. Anyone who reads this and is not a retired fed must really get intrigued by us living so well after retirement … he never mentions our contributions, the fact we pay taxes, or that we get no [Social Security], or that we rely on [cost of living adjustments] like any [Social Security] recipient.

‘Oh and then we pay more into Medicare if we make a certain amount of income to offset the “hold harmless” [Social Security] recipients like I’ve done and probably you as well the past few years in a so-called one time piece of legislation. And, we pay part of our secondary health care provider insurance … Hey Causey, just do your job and stop with the almost editorializing.’ OK, I need to rest now.” — Bob Lyons

“You and others are quick to point out federal employees didn’t get a pay raise at least three times during the Obama administration. You failed to mention the country experienced one of the worse recessions during his time in office. In 2009, the economy was losing 800,000 jobs per month and the [Dow Jones Industrial Average] was below 6,500. Under those conditions it would have been dereliction of duty for a POTUS to give federal employees a raise while other Americans were suffering.

“Your true intentions for omitting part of the truth is evident. Your prejudice is evident and I’m not totally convinced that you aren’t a corporate racist who couch your real beliefs in mainstream media. You fool no one!” — Nathaniel Lawson

The column in question was published Sept. 25. Here’s another message:

“It is clear in your columns about various [multi-year] efforts to cut, as in gut, the [Federal Employees Retirement System] program that you long for the good old days when President Obama was in office. You can’t go home again! Sorry!” — Harold M.

Only one Olympic athlete has ever won medals in the Summer and Winter Games in the same year: Christa Luding-Rothenburger of Germany. In 1988 she took home gold and silver medals for speed skating, and silver in track cycling. The later staggering of the Winter and Summer Games made it impossible to duplicate the feat. 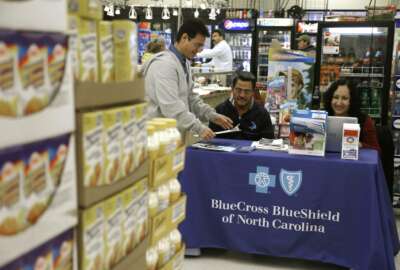