Amazon’s impact on your paycheck

If you live and work in the Washington-Baltimore region it’s cool to be cool. We’ve seen it all, a steady stream of  protests, demonstrations, world events, museums and plenty of famous spots. It seems like somebody is always making a movie here. Hollywood has beautiful people everywhere, to be sure, but our “stars” are not so slim, dashing or easy on the eye. They’re not as rich, but they’ve got power.

That said, having landed half of the new Amazon HQ2 operation has even the most sophisticated inside-the-Beltway person paying attention. More than 25,000 new jobs averaging salaries of $150,000 per annum is a big deal. New York City’s borough of Queens gets the other half.  Although masters of cool, maybe even they are excited, too?

Many of us self-anointed experts predicted that the Washington metro area, specifically Virginia or Maryland, would get the nod from Amazon. Thanks to the three Ls of real estate, “location, location and location,” we are in the sweet spot. Amazon founder Jeff Bezos didn’t become the richest man in the world by winning the lottery. The national capital region was an obvious choice: He’s got the most expensive house ($43 million) in the city. His neighbors include former first couple Barack and Michelle Obama, President Donald Trump’s daughter and son-in-law, and former Secretary of State Hillary Clinton. In addition to getting major tax concessions, Bezos, who also owns The Washington Post, should enjoy the goodwill of the six influential senators from New York, Virginia and Maryland, plus members of the House of Representatives and two governors — a Republican and a Democrat — as well as Washington’s mayor.

And he probably won’t have to take Metro — our shaky subway system — or personally tackle traffic when visiting the new Virginia site.

But Amazon will become the third rail in American politics, if it isn’t already with its Washington and New York sites. That’s as in: touch-it-and-you-perish.

Salary-wise Amazon’s presence will help federal workers from the mountains of eastern West Virginia, down to middle Virginia, over to the Chesapeake Bay and up to the Pennsylvania state line. Hundreds of thousands of government workers, already among the best paid members of the federal family, will do even better in the future as high-pay tech jobs are added to the new east coast headquarters.

Last time federal white collar workers got a pay raise (1.9 percent) those in the Washington-Baltimore locality pay area got a total of 2.3 percent. That’s likely to get better each year there is a raise thanks to the Amazon effect. The Office of Personnel Management lists federal pay in your area compared with the national capital region and New York City.

The downside is added traffic in what is already some of the worst traffic in the nation, not to mention more strains on a Metro system which has been losing riders because of its track record.

The New River, which flows through North Carolina, Virginia and West Virginia, is one of the world’s five oldest rivers. It’s thought to be at least 65 million years old and unlike most rivers it flows south to north. 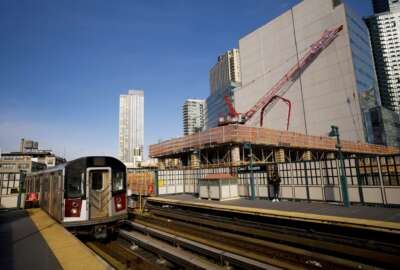 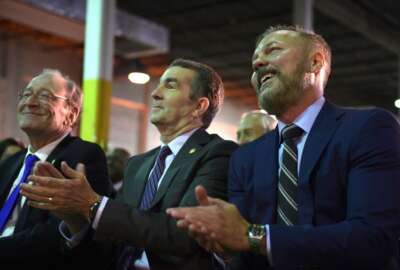