Whether you are on the job or at home, not getting paid and worrying about the state of the nation, this is a good chance for a new year checkup for the time when this is all a bad memory.

Regardless of age, experience, grade, location or job federal workers today fall into one of two categories, neither of which is good:

In the meantime, life goes on.

If you have a Thrift Savings Plan account, following the ups and downs of C, S and I stock-indexed funds is nerve-wracking. Big dips are followed by not-so-big rebounds. Is the record bull market going away or is it already gone? Do you head for the “safety” of the Treasury securities G-fund even though many experts say its returns over time will be eaten up by inflation?

Should you file for unemployment benefits? How do you do it and how long does it take? Do you have to pay the money back to the state once the shutdown is over and you’ve been reimbursed? If so, how, and how long do you have?

What about getting a loan based on your TSP account — how does that work? What might it do to your final TSP balance, which is designed to provide one-third to one-half of your total retirement income?

Today at 10 a.m. EST on the Your Turn radio show, we’ll be talking with Greg Klingler of the Government Employee Benefits Association. He is the director of products and member services for the nonprofit. He’ll talk about life and long term care insurance for members, 529 college savings plans and options feds have during the shutdown to make changes — or additionals — to their TSP accounts, the pros and cons of self-adjusting Lifecycle funds and ways to possibly get your financial house in better order during and because of the shutdown.

Kiwis can remember events for at least five years, allowing them to learn from past mistakes. 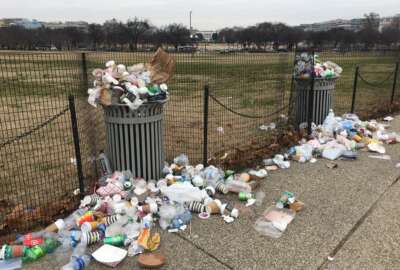 US governors group calls for federal shutdown to be ended