For the past decade the number of self-made millionaires in the federal Thrift Savings Plan has been growing steadily. It peaked at 34,128 at the end of September.

But the last quarter of 2018 saw the market sputter and fall back. The Washington Post reported that the number of federal workers and retirees with million-dollar retirement account balances declined to 21,432 as of Dec. 31.

When the TSP program started, and for years afterward, the...

For the past decade the number of self-made millionaires in the federal Thrift Savings Plan has been growing steadily. It peaked at 34,128 at the end of September.

But the last quarter of 2018 saw the market sputter and fall back. The Washington Post reported that the number of federal workers and retirees with million-dollar retirement account balances declined to 21,432 as of Dec. 31.

When the TSP program started, and for years afterward, the only people with $1 million or more were politicians, political appointees or wealthy-lawyers-turned federal judges who brought their outside accounts into the federal 401K plan. In addition to its administrative fees, which are among the lowest in the business, most current TSP investors are eligible for a government match of up to 5 percent.

After tanking during the Great Recession of 2008-2009, shares in the stock-indexed C (large cap) and S (small cap stocks) funds rose dramatically in value. Investors who continued to buy the stock funds each pay period got them at bargain prices.

While the 5 percent match helps tremendously, time and steady investing are the allies of current and wanna-be millionaires. The average investor with a balance of $1 million or more has been investing steadily for about 30 years, mostly if not exclusively in the stock index funds. One account holder has, or had before last December, more than $7 million set aside to augment his or her federal retirement annuity.

Many if not most members of Congress are participating in the TSP. Along with their staffs and many wealthy political appointees. They like the TSP because of its low operational charges, the options it offers and oversight from several federal agencies whose employees also participate in the plan.

A typical example is William, an IRS employee in California:

“I had a decent account balance in 2008. It was all or mostly all in the C and S funds, with some in the international I fund. When the market crashed I didn’t know what to do. Friends said to get out and head for the safety of the G Fund (treasury securities). They did, I didn’t.

“I continued to buy C and S funds even though my account balance at times went down even though I was adding money. I didn’t realize it at the time but they were on sale and I was participating in the sale.

“Bottom line: The market came back — big time. I couldn’t believe my account balance was that big. I’m at the $750,000 level now. That is going to be very useful when I retire next year. I will get a Federal Employees Retirement System annuity, Social Security and have my TSP account.

“Incidentally, some of my coworkers who went into the G Fund exclusively 10 years ago never came back. They missed out on the big returns in the stock market.”

Trying to time the market, pick the best times to buy and sell, is difficult if not impossible. For instance, while the stock market hit a rough patch late last year it has bounced back somewhat. The C Fund year to date is up 8.01 percent, the S Fund by 11.64 and the I Fund by 6.60. The G Fund year to date return is up 0.23 percent according to My Federal Retirement.

On Wednesday, Washington, D.C. area financial planner Arthur Stein will be a guest on our Your Turn radio show to talk about investing for the long haul and how his TSP millionaire clients (he has several) got to where they are today. Listen at 10 a.m. EST on www.federalnewsnetwork.com or 1500 AM in the D.C. area.

The gum leaf skeletoniser caterpillar is also known as the “Mad Hatterpillar” because it wears a tower of “heads” from discarded exoskeletons. The tower can be used for defense purposes. 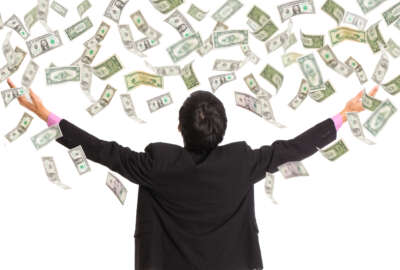 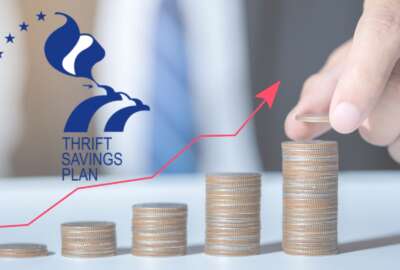