Many of the 800,000 federal workers caught up in the 35-day December through January shutdown still haven’t gotten any or all of their back pay. This is causing minor to major financial problems for thousands of people from Washington, D.C. and New York City to Huntsville, Alabama; Ogden, Utah; and Oklahoma City.

And it has already made a small but permanent impact in the Thrift Savings Plans of hundreds of thousands of regular investors.

Thanks to payroll delays caused by the the shutdown that straddled Christmas nearly 800,000 TSP account holders didn’t make their January contributions on time — because thy couldn’t. The workers weren’t getting paid — whether forced to work or furloughed at home — and many agency payroll offices weren’t operating at full speed. The personal financial losses to individuals are virtually impossible to calculate. And they probably will have little if any long-time impact.

But it does show yet another of the unintended consequences of shuttering operations for some, forcing others to work and not paying any of them even close to on time as well. TSP contributions not made in January missed a robust monthly increase.

Currently about 90.3 percent of all eligible Federal Employees Retirement System employees have TSP accounts. Their January participation rate rose by less than 1 percent because of missed contributions due to the furlough.

Although many of the people who wanted, caused or allowed the record shutdown to take place and continue for a record 35-days are millionaires, the vast majority of people whose paychecks were stopped are not. As as a result, hardship withdrawals from the TSP jumped 25 percent in January. That represents millions of dollars needed for food, rent and medical bills and it represents a hole in the individual investor account until he or she can pay it back.

After watching news shots of Washington-based feds lining up for food kitchens and shelters, in the shadow of the U.S. Capitol, the secretary of Commerce said he didn’t understand why more people didn’t apply for low-interest or no-interest loans at their bank or credit union.

To the politicians who wanted, allowed or failed to stop the shutdown — they still got paid on time —the message seems to be lost, or forgettable.

True these are real people. But they should have saved money — three to six months is what many pros recommend. Better yet, they should have made or inherited more money than they did. Then they wouldn’t be in this shape, correct?

The Three Governors Controversy was a political crisis in 1946 and 1947 when the state of Georgia effectively had three governors serving simultaneously. Governor-elect Eugene Talmadge had died before taking the oath of office so the General Assembly elected his son as a write-in. But the newly elected lieutenant governor, Melvin Thompson, claimed the office — thanks to a new law that created this chain of succession — and the outgoing governor, Ellis Arnall, refused to step down. In the end the Georgia Supreme Court ruled Thomson the rightful governor.

When the TSP was in the toilet 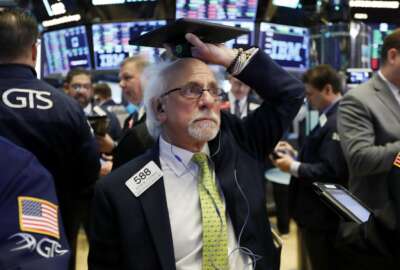 Timing and your TSP investments 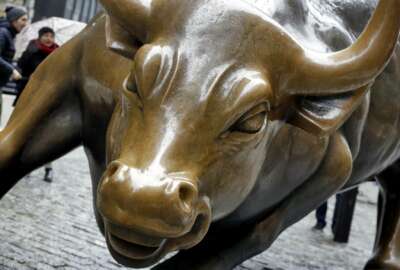 Is your political filter messing with your TSP account?