Waiting for a buyout? Good luck with that!

Question: What do $25,000 buyouts in the federal government have in common with the Amur Leopard, the Christmas Frigatebird or the African wild ass?

Answer: All of them are on the endangered species list. You just don’t see one very often anymore.

Buyouts were introduced during the Clinton administration to help the government accomplish a historic downsizing which, under last-hired-first-fired seniority rules would have hit women and minorities hardest. The administration figured, correctly, that the...

Question: What do $25,000 buyouts in the federal government have in common with the Amur Leopard, the Christmas Frigatebird or the African wild ass?

Answer: All of them are on the endangered species list. You just don’t see one very often anymore.

Buyouts were introduced during the Clinton administration to help the government accomplish a historic downsizing which, under last-hired-first-fired seniority rules would have hit women and minorities hardest. The administration figured, correctly, that the payments — roughly $17,000 to $18,000 after deductions — would lure tens of thousands of long-service, blue-collar males with veterans preference protection into voluntary retirement. Even now, years after the buyout surge, some still-working feds are hanging on until the next round of buyouts. Though $25,000 won’t buy what it used to, many figure it is still worth waiting for the special cash incentive to put in their papers.

But it may be a long wait. Thursday’s column on the subject prompted this very thoughtful response from a long-time Navy civilian and union member. He said it could be a long, long time before the Defense Department and other agencies feel the need to dangle a buyout in front of their aging workforces:

“My opinion … is there will be no voluntary separation incentive payments in the Department of the Navy for many, many years, and may never happen due to the present manpower shortages and people retiring by attrition because they reached their full Social Security retirement age and early retirement for reasons stated in the article. One of the things he did not mention when comparing federal and private sector employees probably because he is a retired fed who worked in an administrative position and not an engineering, scientific, or other various technical position as a fed. And this is the case of many private sector folks who provide news and also train feds.

“For example, I worked as a process control electrical and electronics engineer for a large company (1,300 employees) for 10 and a half years until 1989. Our job was strictly engineering and technical. Travel was a lot less than our DON agency demands. We did not process our own travel arrangements and reimbursement vouchers via the Defense Travel System. [A] separate department handled that, we just gave them receipts for everything and paid with a company credit card.

“We were not forced to take a lot of company training courses every year, like DoD and DON. We did not have to do purchase orders or contracts procurement packages or department projects budgeting plans. Contracts and budget departments did that. We did not have to do janitorial services like sweeping up, shredding documents, and emptying trash bins. We did not have to be concerned with time cards. Branch heads and payroll did that using standard charge. Most engineers were on salary with no overtime. DON employees receive straight time over GS-11 positions. When OT was mandatory a performance award was provided at mid-year or end of the year and the company had profit sharing.”

The author went on to compare the benefits from his government and private sector jobs. At the latter, the two available health plans were BCBS Major Medical or US Healthcare (now Aetna) HMO, both of which he said offered full medical, dental, and visual coverage, and employees paid no premiums.

“Our retirement plan was the same as the Federal Employees Retirement System annuity and same formulas and rules, but employees paid nothing. Today that company has been purchased by another and they do not offer the annuity to their new employees. They offer a 401K plan and match 8 percent, and you still have your Social Security retirement. The 401K plan they offer is the same as the Thrift Savings Plan — [it] follows indexes and [the] employee manages which index but no G Fund savings account.

“My point is you cannot compare the pay of a private sector employee to a federal government employee, especially in engineering, scientific, and technician occupations. Government employees are expected to do a lot more functions outside their educational and occupational specialties than those in the private sector. When I changed jobs from private to government in 1989, it was because of the benefits and wanted a change because I was in a rut. My military time was added to my government time with a buyback, which increased my years of creditable service. That increased my leave hours right away. I had to pay $620 to buy back my military time to be added to my retirement years.

“The pay was worse in the government job, and I had to pay towards my health care and retirement plans. The government term group life insurance cost a lot more than my IEEE term group life insurance and it still does, but unlike the government plan, I have to continue paying premiums after age 65 until I drop the plan or die. Also, as you know, we are required to have to travel up to 50 percent of our time supporting the fleet overseas and required to work seven days a week, 10 hours, for up to two months at a time. And at the GS-12 Level, our OT pay is capped where I receive only half of the OT Pay. However, the private sector company did not pay for overtime if we had to work it. But we did not have to work more than eight-hour days in the field, unless it was an emergency. 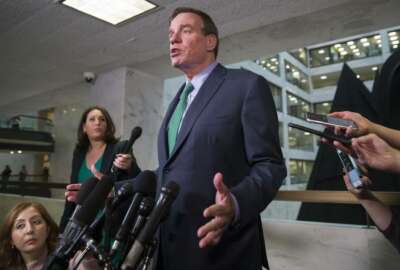 “Our agency has downsized from 1,300+ civilian positions to somewhere in the low 700s since I started here in 1996 without a reduction in force. Our manpower deficiency has put enormous pressure on everyone to try and complete their functions efficiently. There is constant political pressure on all feds as employees and retirees to cut our salaries and benefits. The present administration freezes employee pay, has more furloughs than ever before, hires new employees who have to pay more to FERS without any increased benefit, and is making employees and retirees pay more for their health plans. This year Aetna increased their value plan by 48 percent which brought them in line with the cost of national plans, and the employee share increased by 45 percent, next year all plans will go even higher and the employees will pay the bulk of the increase.

“The administration wants to get rid of all fed retiree cost of living adjustments and the next step would be to hit Social Security COLAs, probably dead on arrival with the new Congress. They want to get rid of the [withing-grade increases] and only have level promotions based on competition and no annual general increases only pay, increases based on performance with no funding in place to award such performance.”

First uses are hard to verify but it’s generally believed that the word “spam” became slang for junk emails due to a 1970 Monty Python sketch, in which the word is used so much that it drowns out all other conversation.

Sources: Time/Today I Found Out