Christmas 2018 could have been better for millions of active and retired federal workers. First, 800,000 people were hit by what became the longest government shutdown in history. Many spent the holidays working, without pay. Others were told to stay home and await the summons to retire, also without pay.

On Christmas Eve the high-flying, record-long bull market appeared to tank, signaling to many the inevitable return of a bear market. A lot of people figured it was time to convert their Thrift Savings Plan shares that were invested in the stock market into the safety of the treasury securities G Fund or the bond-index F Fund. After a record decade-long run the TSP’s C Fund, which tracks the S&P 500, dropped almost 20% on Christmas Eve. Ho, ho, ho it was not!

But patience has its reward, according to Washington, D.C.-area financial planner Arthur Stein. Many of his clients are retired feds. Several of them are TSP millionaires who did it by long-term investing without reacting to the market’s ups and downs. He’ll be my guest today on Your Turn, which airs at 10a.m. EDT on www.federalnewsnetwork.com or 1500 AM in the D.C. metro area. Here’s his take on the very healthy bounce the market took in Q1 (January, February, March) of this year:

“2018 was a volatile year. As an example, the C Fund peaked in September, up 11% for the year. Then it declined 19.4%, hitting bottom on Dec. 24. That decline was seen by some analysts as the beginning of a ‘bear market — a stock market decline of 20% or more from a previous high. That didn’t happen but it was not a Merry Christmas.

“It was tempting to bail out during this decline. It has been 10 years since the last bear market for the S&P 500, and the C Fund; perhaps the longest stretch without one in US stock market history. Now we are still overdue for a bear market.

“Explanation for these moves are always numerous, even when the actual reasons are not clear. The Wall Street Journal on March 30, page A1, said ‘Much of this year’s rally was fueled by investor’s relief that central banks were willing to back off their rate-increase campaigns after growth cooled from the Eurozone to China … The rebound was also fueled by investors stepping back into stocks after a sell-off that many considered overdone.

“Other reasons mentioned include positive feedback from US-China trade negotiations, strong job growth and low inflation. Whatever the reason, TSP investors should like first quarter results.

Sea otters hold hands, or wrap their pups in “anchors” made of kelp, to stay together while diving for food.

Most TSP funds show even smaller, but still positive, returns in March 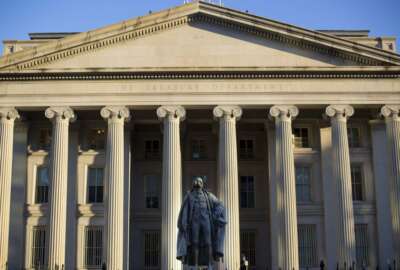 Q&A: What does it mean when stocks enter a ‘bear market’