The amount of the 2020 white collar federal pay raise can and will range anywhere from zero (the White House proposal) to 3.1% if federal unions and mostly Democratic House members have their way.

The House Appropriations Committee took the first step earlier this week by okaying the 3.1% figure. But it has a long way to go before it, or something less, winds up in your check.

If the committee-approved 3.1% makes it through the full House, and the Senate agrees, and the White House is out-flanked or gives in, the raise would be divided between a 2.6% across-the-board raise, with the remaining 0.5% allocated for locality pay raises. Not a big amount at first glance, but over time, and thanks to compounding, locality pay raises are a big deal. A career changer, if you are on the receiving end, but if you like to plan ahead financially, as we are all supposed to do, guess what? You picked the wrong place to work.

It could be December or even later before the fate and amount, if any is determined. Like last year; remember this time in 2018 the White House had proposed a January 2019 pay freeze. It seemed like that would happen. But then a funny thing happened which is not all that unusual in political Washington. The shutdown that wasn’t supposed to happen happened. And the shutdown that was supposed to be brief went on a record 35-days — over Christmas, at that!

It wasn’t until March 28 that Congress prevailed and workers got a 1.9% raise split between a nationwide adjustment of 1.4% with another 0.5% earmarked for locality adjustments. That raise was retroactive to Jan. 6 for most workers.

Thanks to the advent of locality pay, federal workers, once paid on a national scale, now get larger or smaller paychecks based on their job, grade, length of service and locality. Differing locality pay raises based on changes in hometown private sector pay means that workers in D.C. or Los Angeles can make thousands of dollars per year more than their exact counterparts in lower wage areas, or in places in the Rest of the U.S. (RUS) that don’t have their own locality pay zone.

In addition to actual salary, the geographic pay differentials result in higher or lower annuities depending on where you work. For example, pay for a GS-13 ranges from:

So locality pay raises are important. And the compounding factor over time is eye-popping.

The first text message was sent Dec. 3, 1992, by engineer Neil Papworth on his computer in the U.K. to Vodafone Director Richard Jarvis’ cellphone. It said, “Merry Christmas.” At the time, cellphones could not respond to SMS. 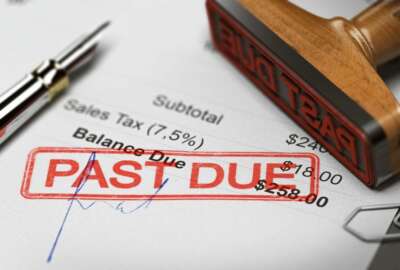