Anything that puts — or removes — money from the pockets of one in every six Americans is a big deal. A very big deal.

That huge group includes people who get Social Security benefits, retired military personnel and former federal and postal employees many of whom are a part of the both the Federal Employees Retirement System (FERS) and Social Security. For many people their monthly Social Security payment or federal-military retirement benefit is...

Anything that puts — or removes — money from the pockets of one in every six Americans is a big deal. A very big deal.

That huge group includes people who get Social Security benefits, retired military personnel and former federal and postal employees many of whom are a part of the both the Federal Employees Retirement System (FERS) and Social Security. For many people their monthly Social Security payment or federal-military retirement benefit is their only source of income. Hence, keeping pace with inflation via regular cost of living adjustments (COLA) is key to their financial planning.

Rising prices are why lots of people are watching the Labor Department’s Bureau of Labor Statistics, which interprets the numbers that determine if that huge group of mostly older Americans will be getting a cost of living adjustment next year — and if so, how much it will be. The size, if any, will be based on the rise in the Consumer Price Index-W (CPI-W) from the current third quarter (July, August, September) of this year over the CPI-W number for the third quarter of the previous year. The exact amount will be announced in early October. So far the raise could be worth 1.7%. Maybe more. Maybe less.

For most retirees, the COLA is a big deal. For some it is financially critical. Health insurance premiums paid by most federal, postal and military retirees are almost certain to go up next year. The new premiums will be made public in November and retirees will have the option to switch to less expensive, but in many cases equally good, plans. But the fact is most don’t. Only a small percentage of workers or retirees change plans each open season. Even though experts say 30% or more should. For retirees the picture is grim. While many should be in less expensive HMOs or the standard option of a plan with multiple choices, most avoid HMOs. Many, if not most, are still in the high option of the plan they were in when they retired, even though its premiums — because it is top-heavy with older, sicker customers — have gone through the roof.

In January of this year people who get Civil Service Retirement System (CSRS) annuities, Social Security or military retired pay, got a COLA of 2.8%. Most currently retired federal-postal workers are under the old CSRS program. But a growing number of retirees, and the vast majority of current workers, are under the FERS program. It has a diet-COLA feature which reduces COLAs that exceed 2%. That’s why social security-military-CSRS retirees got the full 2.8% COLA but FERS retirees got only 2%. When inflation is low, the diet COLA has a minimal impact. But when it is a high year — 2% or more — it eats into the amount of money retirees have to get by. Many argue that the government should use a different index that would more correctly, they say, measure the real impact of inflation on things like drugs and medical care.

The Trump administration has proposed eliminating COLAs altogether for FERS retirees and reducing them for CSRS retirees. Congress has largely ignored the proposals in the past — for one thing they would impact current and future congressional retirees too — and is likely to do the same this year.

In the meantime, many retirees will be watching the inflation index from now through September to see what their January COLA looks like.

Summer is here in full force — and with it comes those pesky mosquitoes. They take no prisoners. Case in point, our first president and first lady. Both George and Martha Washington suffered from malaria. President Washington contracted the disease when he was just a teenager, and in his second year in office it caused him to experience severe hearing loss. 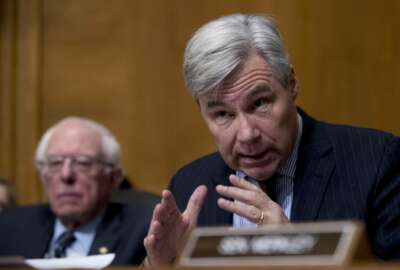 Legislators try for 10th time to get seniors bigger COLA