The new budget deal between Congress and the White House includes a two-year ban on sequestration-related furloughs for federal workers. Regardless of the motive, that’s the equivalent of a $1 billion insurance policy against sequestration-triggered furloughs — for two years.

The new two-year law, a political act by both Republicans and Democrats, allows the government to continue borrowing and spending without a battle over debt-limits. That makes Wall Street investors, and feds with money in the Treasury securities-backed  G fund option of their Thrift Savings Plan, remain calm until after next year’s presidential and congressional elections. The Washington Post this week said “the agreement … probably would prevent a debt-ceiling crisis later this year but also would continue Washington’s borrowing binge for at least two years.”

In a 2015 white paper to members, the American Federation of Government Employees described sequestration as “the federal budgeting equivalent of Robin Hood in reverse. Instead of funding education, infrastructure, public health and safety and other programs that every American relies on, elected officials developed a law to automatically cut them and use that money to fund tax breaks for the wealthy and corporations.”

Many of the furloughed-without-pay workers were in departments and agencies where AFGE, the largest federal union, has members.

Sequestration was reintroduced to the budget process in 2013 by the Obama administration. It was designed as a very public legislative “poison pill” that was supposed to trigger mandatory spending cuts. It worked for a couple of years. One of the savings it prompted was the requirement that new government hires had to contribute more (4.4% of their salary) into the Federal Employees Retirement System. But in 2015 budget negotiations broke down and pre-Christmas furloughs were ordered for three-quarters-of-a-million workers.

Because of sequestration rules those employees, some of whom were off for a total of 7 days, lost those wages. Because of state laws many couldn’t apply for unemployment benefits, and many wound up getting emergency loans from the Federal Employees Education and Assistance fund, a feds-helping-feds charity which is part of the Combined Federal Campaign.

When sequestration actually hit the White House then-Treasury Secretary Jack Lew said it was not an administration proposal.  But on Feb. 22, 2013, the Post published a piece by Bob Woodward which said the denials were wrong.

“…My extensive reporting for my book, ‘The Price of Politics,’ shows that the automatic spending cuts (sequestration) were initiated by the White House and were the brainchild of Lew and White House congressional relations chief Rob Nabors …” Woodward wrote. Persons familiar with the issue say Senate Republican leaders embraced the idea but that it did come from the White House.

Regardless of who gets credit for the idea, sequestration appears to be one very serious, expensive threat that federal workers can remove from their nightmares — at least for two years.

In the early 20th century, Coney Island’s famed “freak show” attractions contributed to the saving of thousands of premature infants’ lives. Dr. Martin Couney — potentially not a trained physician — housed the infants together in incubators for spectators to see for 25 cents a ticket. Hospitals at the time did not allow Couney’s devices, but the admission prices covered families’ medical costs. The incubators were put to use in hospitals shortly before Couney’s death. 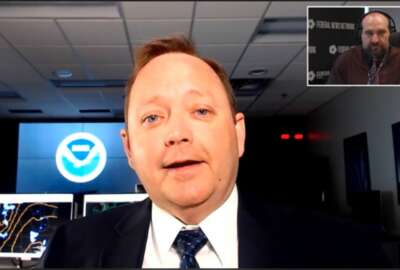 After sequestration cuts, NWS rebounded with an entrepreneurial training model