The number of federal-postal workers with million dollar Thrift Savings Plan accounts changes all the time. While it is mostly growing, it does drop, sometimes dramatically, from time to time. Many of the current TSP millionaires made their financial bones during the Great Recession of 08-09. They stayed in the stocked indexed C and S funds when they tanked, and continued to buy them — at dramatically reduced share prices — on a regular basis...

The number of federal-postal workers with million dollar Thrift Savings Plan accounts changes all the time. While it is mostly growing, it does drop, sometimes dramatically, from time to time. Many of the current TSP millionaires made their financial bones during the Great Recession of 08-09. They stayed in the stocked indexed C and S funds when they tanked, and continued to buy them — at dramatically reduced share prices — on a regular basis when they were on sale. Will history repeat itself if they do the same thing during the next big recession? Or is next time going to be different? A little recent history:

The March 1 Confessions of a TSP Millionaire column here said the the high-point in the TSP population, so far, was “last September when there were 34,128 in the club — and many, many more with balances of $900k plus. As of December 31, 2018 it had dropped down to 21,432. Markets rise and fall and so does the number of people with 7-figure accounts.

Most TSP millionaires have several things in common. A, they’ve been investing a long, long time. About 30 years on average. B, they invested in whole or large part in the C and S stock indexed funds of the TSP. And C, they rode out downturns. They didn’t panic and move everything into the super-safe but low yield treasury securities G fund. And D, they continued to buy shares in the C and S funds during the Great Recession. When, as it turned out, they were on sale, big time. Suddenly, beginning in March 2009, the market came back, and with it, the value of their C and S fund shares if they still had them. Some people who left the market in 08-09 still haven’t returned despite the record long bull market we’ve enjoyed for the past decade. Based on history, the market is long overdue for a major correction of 20 or 30%. Most experts agree on that. Where they differ is when it will happen and how long it will last.

In his TSP & Vanguard Smart Investor column of March 6, Michael Bond looked at the March 1 Federal Report column from another angle. “So the little dip,” outlined in the earlier Federal Report column, “un-millionaired one-third of the 34,128 TSP millionaires temporarily.” He thinks things have changed and that many of those former TSP millionaires will never make it back into the club unless they change their investing habits.

“Hmmm,” he wrote, “I wonder what the next bear market will do? I don’t think it will be pretty because as Mike highlights (and I think recommends) many TSP millionaires ride them out, that is how they became millionaires. It worked so well in the past and they are dutifully trained to do so now. “ But, he says it worked in the past because those TSP investors “lived through an epic secular bull market that cannot be repeated again from this price level. It is even doubtful we will see the current price levels in the next decade once the credit cycle returns.” Riding out the next bear market won’t be the same, he warns. Definitely food for thought. To read his full column, click here.

Then comes this email from Courtney D. — who transitioned from the military to civil service. She wants to make the most of her TSP investments over the next couple of decades. She writes:

“I love reading your articles about TSP millionaires. They definitely keep me motivated as I check my own funds every so often. An article I’d love to see covered is this: What would TSP millionaires recommend to those of us in our mid-30s who have been contributing for awhile and have a long way to go until retirement?

For example, I’m 36 and began contributing to TSP when I was 22 and on active duty. I moved directly over for active duty military service to a federal employee about 8 years ago and haven’t changed my contributions.

One, I know I need to do more research and make sure I’m contributing as much as I can. But secondly, I need to figure out exactly the best places to distribute those funds to ensure that some day I am one of those TSP millionaires.

I read most of the millionaires have used the C, S, and I funds and I’m mirroring that. But is there anything else I should be thinking about? Would any of these folks do anything differently when they were my age to maximize their retirement savings if they had to do it all over again?

Thanks so much for reading this and hopefully you’ll consider this an idea for a future article.

How much would you pay for a cow? Probably not too much, if anything at all. But one cow in 1985 was sold for a record $1.3 million. Yes, you read that correctly — that’s a lot of mooo-ney. Mist the Cow was purchased by a group at auction led by Boston lawyer Jerome Rappaport. The group made the purchase because of the quality of milk she produced and the value of her offspring. Rappaport said after the purchase, ″she has a high pedigree, high index, and her milk has a high butterfat content. She sold today not only for herself, but for her 14 pregnancies as well.″ 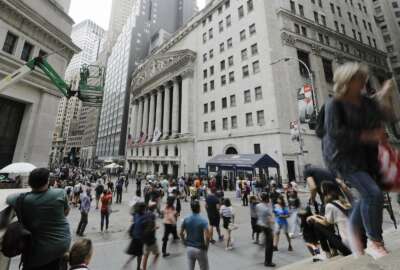 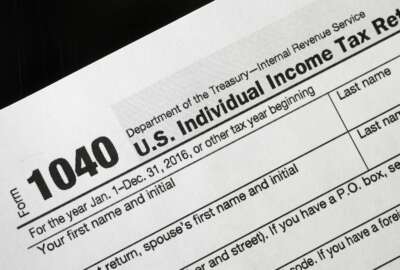