Being a federal worker can be exciting, uplifting and sometimes terrifying. In some high-stress jobs like air traffic controllers, firefighter, federal agent or inspector, stress can be the norm. Even so sometimes are better or worse than others.

For most white collar civil servants, regardless of their duties, the September-October time period can be educational, rewarding and challenging at the same time. Especially if you are preparing your personal budget for the upcoming year.

Within a few days, federal/postal workers and retirees will learn what their 2020 health premiums will be. As in how much they will be going up. This year premiums on average went up 1.5% for feds and about 1.3% for the government, which will continue to pay about 72% of the average premium for white collar feds and retirees, and about 75% for postal workers — but not retirees. But averages are just that, meaning some plans will be going up more more than others. The 2019 increases by the way were the lowest in the Federal Employees Health Benefits (FEHB) Program since 1996. So fasten your seat belts!

Folks in the fed health program have 20 to 30 options and plans to choose from. No strings, no age, previous condition or other restrictions. Experts say that thousands of people — many if not most of them retirees — are in a plan that is too expensive. And they could save lots of money — $1000 to $2000 next year — by switching to a lower cost plan with similar benefits. But only a handful of people change each year.

Usually this time of year, white collar feds are wondering if they will be getting a January pay raise of any kind! This year, the real question is not if, but how much the 2020 adjustment will be. The White House, after first proposing no pay raise, came back with a proposal to give feds 2.6% in January. The Republican-controlled Senate has been silent on the issue, which, in this case, means consent. The White House’s 2.6% proposal would not factor any any locality adjustments, meaning feds in RUS (rest of U.S.), the lowest paid group of workers, would get the same percentage pay raise as workers in Washington-Baltimore, New York City, Houston, San Francisco and Los Angeles. The House has approved a 3.1% increase with a locality component. Some House Democrats are pushing for 3.6% hike. The exact amount is yet to be determined, but some kind of raise is on track. The 2019 pay raise wasn’t made official, by executive order, until March of this year. It was made retroactive to Jan. 6 for most employees. And it came after the record-long 35 day government shutdown that hit about half a million workers, delaying any pay by weeks.

Part three of the financial trifecta is whether and how much retirees will be getting in the form of a January cost of living adjustment. The COLA is not a political or fiscal decision like the pay raise. It’s a catch-up when inflation, as measured by the Labor Department’s Bureau of Labor Statistics, has gone up. The actual increase is based on the rise in the Consumer Price Index-W from the third quarter of this year over the previous year third quarter (July, August, September). With two months counted (July, August) reporting the COLA looks like something around 1.5%. But it could be higher, or lower, based on the September CPI which won’t be available until early in October.

Meantime, members of four of the largest non-postal unions are in Washington for a rally to protect federal jobs and workers rights. Busy time.

To help us navigate what’s happened, what’s happening and what may be next, I’ll be talking with FNN reporter Nicole Ogrysko at 10 a.m. EDT on our Your Turn radio show. She’ll bring us up to speed on how the immediate future looks for workers and retirees. If you have questions for her, shoot them to me at mcausey@federalnewsnetwork.com before showtime.

The news cycle these days is dizzying and often exhausting. Just one day of no news at all would be a huge relief. That day already happened once for the British Broadcasting Corporation on April 18, 1930. They had nothing to report. They announced in a quick bulletin, “there is no news.”  Then proceeded to play piano music for the remainder of the news segment. Wouldn’t that be nice? 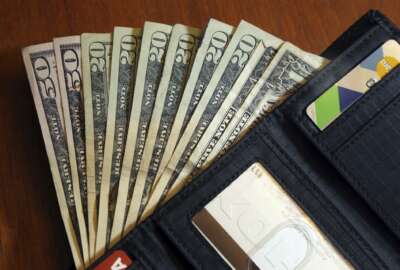