Each year in early October the 8 million people in the Federal Employee Health Benefits Program find out what premiums they will be paying in the new year — usually higher. Unless they go through the tedious process checking out the premiums and benefits offered in similar plans.

The FEHBP is the largest “company” plan in the nation. It covers top elected and appointed political officials, CIA staffers, DEA agents, astronauts, CIA staffers and people who patrol the border or national parks on horses. It also covers the people who predict your weather, deliver your mail and keep food and drugs safe. And it covers retired feds, their spouses some adult children and ex-spouses with court orders.

Many believe it was the model for the Affordable Care Act, or Obamacare. Feds usually get the news of premiums increases before Congress and the White House decide if workers will get a January pay raise, and if so by how much, and whether it will be a national raise or a city-by-city locality adjustment.

Some people believe they can determine if you are an optimist or pessimist, that your glass is generally either half full or half empty, based on how you react to health premium increases.  So which is it? Put on your guinea pig suit for a second and take this not-very-scientific but terribly clever test:

Question 3: Workers and retirees will continue to have 20-30 plans or options to choose from. Many agencies have purchased the software that will allow people, at the office and on government time, to shop for health insurance using Consumer Checkbook’s guides. It allows people to compare plans and premiums, to see whether the self-plus-one option is best for a couple and to determine if their doctor(s) will be in the network of the plans they are considering.  Other agencies will give employees the same option but they must do their shopping after work hours.

Plans in the program cannot refuse anyone because of age, job status (active or retired) or because of a pre-existing condition. Nobody likes to pay more for anything. But is it possible that even with the 5.6% average, which in some cases means $3 or $4 more every two weeks, that the FEHBP isn’t the ripoff many think it is?

Check your glass — is it half full or half empty on this one? And drop me a line: mcausey@federalnewsnetwork.com. 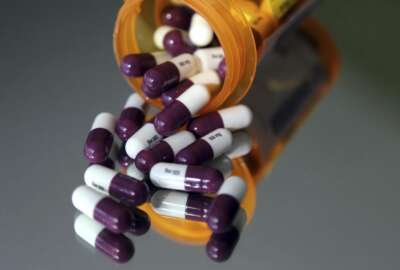