Not rocket science, but close

Ken Thomas, president of the National...

Ken Thomas, president of the National Active and Retired Federal Employees, thinks Uncle Sam is doing the same thing with the lifetime annuities of active and retired civil servants. It’s not working, Thomas says, because the government is using the wrong measuring tool to track inflation. Because of that, he says, cost of living adjustments for retirees are always off-target, like the Mars Climate Orbiter. Except that retirees collectively lose more because they fall further behind inflation each time they get a COLA. And he says it would be so easy to fix. Two votes in the House and Senate would do it.

Most current federal retirees left government under the Civil Service Retirement System which was phased out in the 80s. The CSRS plan provides a more generous retirement benefit, to which workers contribute, based on salary and length of service than the Federal Employees Retirement System program that replaced it. Most current federal-postal workers will retire under the FERS program. CSRS retirees get a full cost of living adjustment in January to keep pace with inflation. In January 2020, both CSRS and FERS retirees, as well as people who get Social Security, will get a 1.6% COLA. But because of a diet-COLA feature of their system, those under FERS get smaller catchups if inflation exceeds 2%. For example this year the COLA for CSRS retirees, people under Social Security and military retirees was 2.9%. But because of diet COLA provision FERS retirees 62 and older got only 2%. Those under 62 got nothing.

When Congress setup the Civil Service Retirement System it eventually provided inflation protection. As in a COLA if necessary each January to keep pace with inflation. And it does. Up to a point. But NARFE and groups and unions representing rank-and-file feds, managers and professionals say that’s the government is using the wrong measurement. One that consistently year-after-year underestimates the impact on federal retirees and older people in January. Currently the Bureau of Labor Statistics used the CPI-W (Consumer Price Index=Workers). It measures changes in the cost of various products, goods and services used by working age people on a city-by-city, monthly basis. The amount of the January COLA is based on the rise, if any, of the CPI-W from the third quarter of the current year over the third quarter of the previous year. That produced the 2020 COLA.

But opponents of the system say the BLS is using the wrong orbiter to measure inflation’s impact on older people here on Planet Earth which is where all of them live. Seniors usually spend less on goods and services used by working-age people but lots more They often spend less on goods and services they used when working, but lots more on health care related items which are measured by another CPI, the CPI-E. E for elderly. What’s the difference? The next COLA for retirees will be 1.6%. But health insurance premiums, on average, are going up 5.6% in 2020. In many cases the older retirees will be spending more for health-related things and services than younger workers and may feel they need higher-priced health plans to meet their needs.

The fix is simple — sort of. Congress has before it a bill, H.R. 1533. Its called the Fair COLA for Senior Act. If enacted future COLAs would be based on the CPI-E rather the CPI-W. Doesn’t sound like a big difference. But its meters vs. miles.

Ask the Denver company that built its half of the Mars Orbiter using inches and feet while their colleagues at the JPL were using metrics.

Elijah Cummings: The long-time Maryland Congressman died yesterday at age 68. He was a long-time, mostly successful, advocate for federal workers and retirees. During the Clinton administration he was one of the top Democrats who forced the White House to give feds larger raises than those proposed by the president. Tony Reardon, president of the National Treasury Employees Union, said Cummings spoke at the union’s 2015 legislative conference telling delegates, “I got your back.’ Reardon said he more than lived up to the pledge and will “forever be remembered as a dear friend to the men and women who serve their country.”

When you go to the grocery store or a restaurant you see a wide array of food. However, it all originates from a very limited supply base. 75% of all the food on Earth draws from just 12 crops and five species of livestock. Studies suggest this a very alarming long-term prospect as the impact of climate change takes shape — effects are already being seen in many places around the globe. Experts say the diversification of our food is going to be critical as time goes on. 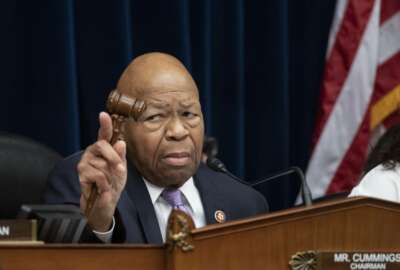