A growing number of Thrift Savings Plan investors are nervously wondering how much longer the current bull market — 10-plus years without a correction of 20% or more — will last, and can last. So many things could go wrong: Turkey and Syria, Chinese trade and the Hong Kong problem, post-Brexit Europe, or impeachment — a major disaster.

Most people know the rule is buy low, sell high. If you buy that, the problem is knowing when the market has peaked or bottomed out. Tens of thousands of TSP participants learned the hard way when they fled the stock-indexed C and S funds during the Great Recession for the ‘safety’ of the Treasury securities G fund. Many are still in that safe harbor and many never resumed buying C and S fund shares as they roared back.

Now the markets worry a lot of people who predict the great correction of 20%-30% is at hand.

Arthur Stein is a Washington, D.C.-area certified financial planner. Many of his clients are active or retired feds in the TSP, and at least three have become TSP millionaires. So what’s he advising them to do? Stein will be my guest today on our Your Turn radio show at 10 a.m. EDT. Listen on www.federalnewsnetwork.com or in the D.C. metro area at 1500 AM. The show will also be archived so you can listen later, listen again or refer it to a friend. If you have questions for him, send them to mcausey@federalnewsnetwork.com before showtime.

In the meantime, here’s his introduction to today’s show:

“TSP returns were mixed in the third quarter. The two bond funds G and F, and the C fund (S&P 500 Index fund that invests in large US companies) finished the quarter with positive returns, while the S fund (small and mid-sized US companies) and the I fund (large foreign companies) saw negative returns. That mixed performance largely reflected the deterioration in U.S.-China trade relations and rising concerns about economic growth in the U.S. and the world.

“Returns were more positive over longer periods of time. As you can see in the table below, 2019 year-to-date returns were excellent for TSP funds. Since the beginning of 2018, returns were positive for all funds except I.

“When reviewing investment returns, it helps to stick with the basics. There are positive and negative trends:

“The economic outlook remains uncertain. Currently, US economic growth is solid and the envy of the world’s developed economies. Accommodative policy by the Federal Reserve continues to support that growth but Fed rate cuts don’t bring guarantees of sustained periods of economic growth.

“The stock markets remain overdue for a bear market (a stock market decline of 20% or more). Eventually, we will see large declines in C and S funds. No one knows whether that will be sooner or later but TSP investors need a plan for that.”

The only place in the world to get moose cheese is in Bjurholm, Sweden, from the Älgens Hus (The Elk House). It costs as much as $500 per pound, and is produced from the milk of three moose which lactate only from May through September. The owners, the Johanssons, have to generate five liters of milk, which is high in protein, from each moose per day to make four varieties: A soft, white-mold variety similar to Camembert; a creamy blue; a dried blue; and a feta preserved in a neutral vegetable oil that some have said has a mildly acidic flavor and smooth texture. 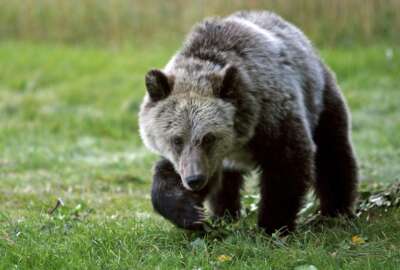 Bear market mauls TSP, not if but when

How Federal Reserve helped fuel the bull market in stocks