Whether you are fit as a fiddle or could use a major tuneup, odds are your plans for next year don’t include having a heart attack, stroke or driving off a cliff while on a family vacation.

But stuff happens, and if that means a major medical emergency and you don’t have the right Federal Employees Health Benefits Program plan you could be in big-time financial, as well as medical trouble. According to a 2009 Harvard University study, co-authored by then-professor and now-Democratic presidential candidate Sen. Elizabeth Warren (D-Mass.), major medical bills are the leading cause of bankruptcy in this country.

But what about if you have good health insurance, like one of the 20-30 options available to most active and retired federal workers, and their spouses or survivors?

The 2009 Harvard study has since been met with skepticism from academics and economists alike. Nevertheless, a 2015 Huffington Post column cited it, saying the study “showed that medical expenses account for approximately 62% of personal bankruptcies in the US. Interestingly, the study also showed that 72% of those who filed for bankruptcy due to medical expenses had some type of health insurance, thus debunking the myth that only the uninsured face financial catastrophes due to medical-related expenses.”

If you have a major illness or accident and you don’t have insurance, you are probably toast.

Next year could be the best year of your life, or, sadly, one of the worst. And we are not talking politics. This is you, this is, maybe, your life!

When most people shop for health insurance they think about normal stuff: Is their doctor in the network? What’s its prescription drug coverage like? How about deductibles and, of course, premiums? But many skip over the most important item on the checklist: What will they do if 2020 turns out to be the worst year ever for them and/or their family?

“The most important reason for buying health insurance is to protect you against financial catastrophe,” said Walton Francis. He’s the long-time editor of the Consumer’s Checkbook “Guide To Health Plans for Federal Employees,” meaning he literally wrote the book on finding the best FEHB plan for you and yours. And he updates it every year because things change, people get older, kids become adults. But one thing that never changes is the impact of a catastrophic accident, disease or medical event.

Yet when many, perhaps most people shop for health insurance, especially in programs like the FEHB with its many choices, the primary reason for having health insurance isn’t on their radar. That’s because for many, it is thinkable, yet always possible. In plain English, catastrophic coverage is the amount you will have to pay out of pocket if the worst happens to you or to a family member, or the whole family. Medicare won’t do it. Medicaid won’t do it.  If it happens, it is yours. You own it.

An important sidebar about shopping for health insurance: Federal workers and retirees have arguably the best employer-backed coverage around, both in terms of options, the number of plans to choose from and the variety of premiums.  And no matter how much premiums go up from year to year, Uncle Sam will still pay the lion’s share (70%-75%) of the total premium.

Yet many or most feds and retirees either don’t shop during the open season or, if they do, they don’t change plans. Or maybe they do so only if their doctor is leaving that plan’s network next year. Otherwise 94 of every 100 stay put year after year.

Over time, many still-excellent health plans simply become too expensive. Their coverage is great but in many instances careful shoppers can get similar benefits and pay lower premiums — and keep their own doctor.

While there are many things to consider when looking at a health plan, the No. 1 item, according to Francis, is its catastrophic coverage. The amount you will have to shell out if the worst happens. People often don’t think about it because we don’t like thinking about things like that. But once a year, as in between now and Dec. 9, think about it!

Do you know the catastrophic limits of the many plans most feds and retirees are eligible to join?

So while it isn’t fun, shopping for and finding the best 2020 health plan for you and yours is super important, maybe the most important financial decision you will make between now and Dec. 9, the end of the open season. Coming up Friday, the best plans to consider to avoid having the worst medical-financial years of your life.

And remember, the only thing worse than thinking about and planning for a worst-case scenario in 2020 is not doing it!

Herman Melville’s “Moby-Dick” was first published on this day in 1851. It was poorly received and Melville continued writing until returning to work as a customs inspector in New York in 1865 to pay the bills. Nearly 30 years after his death scholars rediscovered “Moby-Dick,” which would eventually become a staple of high school reading lists across the United States. 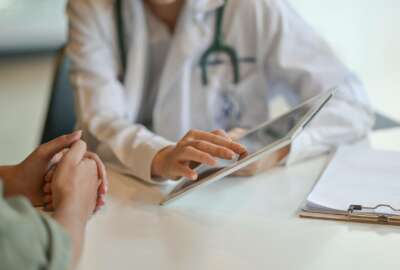 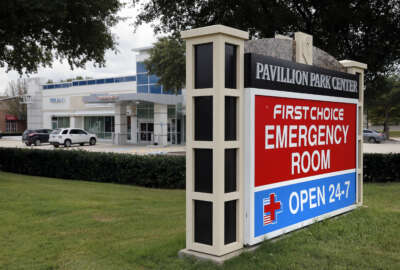