Washington is a town of three-letter abbreviations: CIA, GAO, OPM — that sort of thing. We can go all day rarely uttering a word in English. But if you want to learn to swear in D.C. shorthand you must add WEP and GPO — not GOP — to your vocabulary list.

They stand for Windfall Elimination Provision and Government Pension Offset. The two decades-old laws impact, as in reduce or almost eliminate, the Social Security benefits of 1.8 million public servants, many of them current or former feds, who also worked under Social Security-covered employment. Given the choice between explaining the WEP and GPO laws, or spending the night in a pit full of hungry alligators who might eat into me, I think I’d chose option 2.

Many politicians objected, claiming those feds were “gaming” the system. That is, they got good pensions at retirement based on salary and length of service. Then when they applied for Social Security what critics called the “welfare tilt” boosted their benefits as if they had spent a short-time working at a low paying job. In other words, the best of both worlds. CSRS benefits based on money, success and length of service alongside a Social Security benefit that was “inflated” to compensate for the fact that they, according to their Social Security wage history, had not done very well.

Like it or not, and most feds don’t, Congress approved WEP and GPO. Workers and groups representing them have been fighting for decades to modify or repeal the laws.

Since the WEP and GPO provisions were enacted, groups representing feds both active and retired have been trying to get them repealed or modified, so far without success. This year there are two new, and different, congressional efforts to get at WEP and GPO. Jessica Klement of the National Active and Retired Federal Employees said reform is a top priority. But to get relief she said there must be bipartisan agreement on compromise that can make it through the House and Senate. She said NARFE and other members of pro-fed coalitions will push hard for passage of a compromise plan but that will be especially tough with the political divide and the fact this is an election year.

If you want to know more about WEP, GPO and the competing bills to revise them, check out this detailed report, which appeared in the NARFE members magazine in December.

The largest bike tour in the world is held in Iowa for one week every summer since 1973. The Register’s Annual Great Bicycle Ride Across Iowa, known as RAGBRAI, is a non-competitive bicycle ride organized by The Des Moines Register which crosses the state from west to east. The ride’s approximately 8,500 week-long riders are chosen by lottery, and eight different host communities are chosen across Iowa for riders to stop in. The event began when two writers for the newspaper decided to bike across the state and write articles about the experience, inviting the public to follow along. 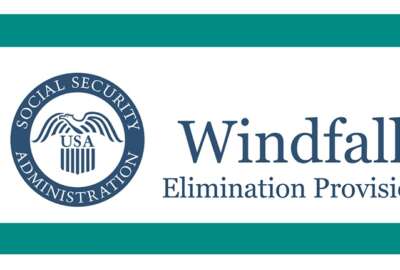 WEP and MAGA: Engage or enrage?

Are you a married fed with spouse and Social Security — lots of luck!