Long shot legislation, that would eliminate or modify two laws that reduce/eliminate the Social Security benefits of several million retired federal and public sector employees or their surviving spouses, is almost certainly dead for the year, as the world seeks ways to halt the coronavirus.

Opponents of the two laws have been seeking repeal or modification for decades without success.  Odds of any relief this year were already slim because this is an election year and Congress planned to spend as little time as possible in Washington.  And that was before the pandemic which has the country, and Congress on a virtual lockdown.

The two so-called evil twins — windfall elimination provision (WEP) and government pension offset (GPO) have denied hundreds of millions of dollars in Social Security benefits to many if not most government retirees under the old Civil Service Retirement System, or to their surviving spouses.

Both were enacted to prevent federal CSRS retirees, whose work was not covered by Social Security, from collecting higher Social Security benefits based on as little as 40 quarters working, often at very low paying jobs in the private sector. At the time Congress pointed to the so-called “welfare tilt” of Social Security, which gives short-term or low-wage workers a relatively larger benefit. The same, Congress said it applied to survivors of federal and state employees entitled to a spousal Social Security survivor benefit.

Groups like the National Active and Retired Federal Employees have been working for years to eliminate or modify WEP and GPO. But the complexity of the two, plus more pressing political agendas in Congress, have kept the two on the legislative back-burner for now. It’s also a fact that the number of people impacted by the two laws shrinks each year. A long-time Washington, D.C., area fed, now retired to Florida, recently told me he’d move back here and lobby full time using his own money if he thought it would do any good.

But we both agreed that given the situation that isn’t practical. And that was before any of us had ever heard of something called coronavirus!

Just think how your personal life has changed in just a few days.

Many federal lobbyists said, at the start of the year, that politicians in an election year wouldn’t have the time or interest to deal with complex issues like WEP and GPO.  Now with the nation preoccupied with the virus and its threat to life and the economy, there is even less chance WEP and GPO will be dealt with. So how complicated at the two provisions.

After driving German forces out of El Alamein, Egypt, in 1942, British minesweeping troops discovered  a piano, encased in plaster, playing music from under the sand because its strings vibrated from the magnets of the minesweepers. The piano, which was taken by Nazi soldiers from the Italian royal family, was a Siena pianoforte made in the 1800s, and was bought after the war by a piano tuner whose grandfather had always long to play the instrument at the Italian court. The piano was recently sold at auction in Israel for $320,000. 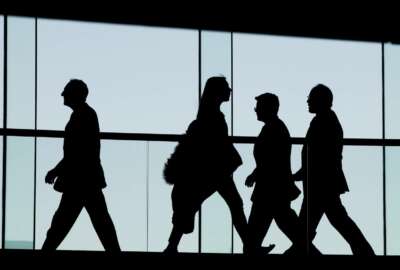 CSRS or FERS: Are you in the smart plan for you?