What’s taking agencies so long to order telework during the coronavirus pandemic?

Raise your hand if you were still making the commute into the office this past week.

We’ve heard from a lot of federal employees who say they’re still coming into the office for work, even as state governors close schools, restaurants, bars and most other businesses.

The White House has strongly discouraged gatherings of 10 people or more. Some state governors are ordering everyone except essential workers to stay inside.

Still, we’ve heard from many of you last week: your reality still doesn’t reflect the guidance.

The messages and the guidance — and actual actions — from agencies differ everywhere, and in some cases, they change by the day.

The circumstances often vary dramatically within an agency.

Others within SSA teleservice centers have said, despite statements from the agency, they still haven’t been allowed to work from home. SSA field offices closed to the public last week.

The American Federation of Government Employees said Friday afternoon most SSA employees at te agency’s teles-service and payment service centers, as well as the hearing offices, have or would begin full-time telework Monday.

Perhaps recognizing some agencies haven’t quite gotten the hint, OPM issued an extensive list of frequently asked questions and answers on the coronavirus. Agencies have the authorities they need to send their employees home for telework or weather and safety leave, OPM said.

They can even use what’s called  an”evacuation payment authority,” where agencies can direct their employees to leave the building and work from home, even if they don’t have a traditional telework agreement in place.

The authorities and requirements agencies have during other emergencies like a government shutdown or a major snow storm are clear and well-practiced.

A global pandemic? Less so.

So what’s the problem? Why have some agencies dragged their feet in allowing more telework during a global pandemic?

Like most things in government, the answer isn’t simple.

On one hand, we’ve heard about a classic challenge that career civil servants are experiencing.

The IRS originally told employees they should telework and allowed frontline employees to personally choose whether they’d continue in-person contacts.

“The senior leadership team and I know first-hand we need to do more to help you,” IRS Commissioner Chuck Rettig said in an email to employees. “We see it and we share the same uncertainty as you.”

His message seemed reasonable and well-meaning. Chad Hooper, president of the Professional Managers Association, agreed. PMA represents managers and supervisors at the IRS.

But Hooper said the managers his organization represents aren’t accustomed to making decisions on telework or leave without approval from one or two others up the leadership chain. Worried they’ll later be accused of “overreacting” or “making the wrong decision,” managers default to the norms — the standards and requirements they’d use when there wasn’t global pandemic.

Besides classic risk aversion, other agencies are struggling to quickly supply their employees with the tools they need to work remotely.

The Voice of America, the federal government’s independent, multimedia news outlet, by all accounts was more prepared than most for the coronavirus and its impacts.

The agency started coronavirus contingency planning back in late January. Those plans scaled up in early March. But even VOA realized its telework capacity wasn’t quite up to par.

“We discovered that we could do it but that we needed more laptops,” Amanda Bennett, VOA’s director, said in an interview. “We needed more bandwidth to get in and out of the building. We needed to move some of our stuff to the cloud quickly.”

The lack of proper equipment is a problem at the IRS too, which has been perpetually underfunded for several years,

“It’s worse than you think,” an IRS employee said in an email to Federal News Network. “One of the reasons IRS front-line employees are not being permitted to telework is because we desk-share. This means that a day shift and a night shift employee use the same desk and computer. Sometimes shift[s] overlap and one employee sits at whatever desk is empty until their regular desk is available. We wipe down our keyboards and worry.”

Three Founding Father Presidents—John Adams, Thomas Jefferson, and James Monroe—died on July 4, the Independence Day anniversary. Adams and Jefferson both died in 1826, on the 50th anniversary of the Declaration of Independence. Monroe died in 1831. 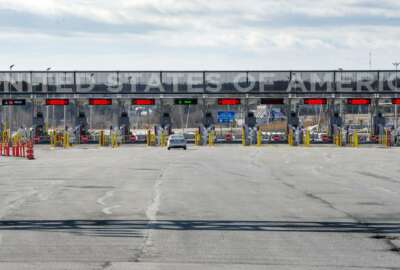