If you’re like most federal investors, a not-so-funny-thing happened to your retirement nest egg earlier this year. Although it seems like a long time ago it was just about two months and change.

What happened is this: After a record-long bull market — 11 years without a correction of 20% or more — life, as many Thrift Savings Plan investors knew it, changed. Actually for all of us, and definitely for the worst in many cases. Probably not forever but enough to rattle a lot of our cages as investors who had enjoyed a decade of up-and-down but mostly up stock market prosperity learned a new phrase: Coronavirus. That led to this week when oil prices plunged below $0.

Experts in the stock market, real and self-anointed, know that historically it has gone up and down due to a variety of things — some predictable, some coming from out of left field. Buying stocks during the Great Depression was, in hindsight, a smart move. Shares were on sale but most people didn’t get it, or couldn’t afford it in the 1930s when they were too busy trying to find work, food and pay the rent.

Some TSP investors see the current crisis as a buying opportunity. They are assuming that shares in the stock-indexed C, S and I funds are on sale and that, like during the Great Recession of 2008-2009, this too shall pass. Others are not so sure. Fans of the treasury securities G fund believe recent events have proven that while its yield is low, it never has a loss.

So we asked Washington, D.C.-area financial planner Arthur Stein for his take. He knows the TSP well after working with the House Ways and Means Committee and after years as a professor and financial adviser. He’s going to be my guest today on our Your Turn radio show at 10 a.m. EDT on www.federalnewsnetwork.com or at 1500 AM in the Washington area. So you can listen live or catch it later when its archived on our show page. If you have questions for Art send them to me before showtime at mcausey@federalnewsnetwork.com

In the meantime here’s his guest column which says that investors face unprecedented levels of uncertainty that could last a long time:

Historic TSP declines in the first quarter of 2020

A short summary of TSP returns in 2020: Stocks suffered and bonds bloomed. Volatility was high.

At the beginning of 2020, financial and economic fundamentals were strongly positive. Interest rates were low, the bull market (20% or greater increase in stock prices) continued, the labor market was strong, the U.S. and China achieved a truce in a long-standing trade war and the global economy was accelerating following a sluggish 2019.

But all that was upended by the coronavirus pandemic, which caused stock markets to decline worldwide, a sharp increase in volatility and upended normal society in ways never seen before.  While I am usually uneasy about attributing stock market movements to any one specific event, it seems clear that the pandemic caused the bear market (20% or greater decline from a previous high) that began Feb. 19.

Stock market volatility was historically high. For instance, the TSP C fund of U.S. stocks increased by 5% by Feb. 19, then declined by 34% and then increased by 29%. The F fund was positive for most of this period but there was a brief period when F fund year-to-date returns were negative.

These changes happened quickly. The U.S. stock market decline from bull to bear occurred in the shortest period ever. The sharp increase into another bull market was the fastest since 1933. The bear market decline lasted less than one month. March was the most volatile month in stock market history.

However, even over the last five years, U.S. stock performance was mixed. The C fund outperformed the bond funds but the S fund did not. And the international I fund is only positive for 10 and 15 years and under performs the F fund (bonds) for both those periods.

G fund returns declined to an historic low, 0.875%, considerably less than the rate of inflation.

As we begin the second quarter of 2020, investors and markets are facing a level of uncertainty that we have not seen in over a decade, if ever. Fortunately, the U.S. government acted to support the economy and that support has ramped up dramatically. The government enacted three economic stimulus plans, the largest of which is valued at $2.2 trillion. The Federal Reserve has been aggressively trying to stimulate the economy by buying different types of bonds.

The positive returns in the first half of April for both stock and bond markets were the result. However, it is quite likely that we are in a recession (two straight quarters of negative growth for the American economy), upcoming earnings reports will be dismal for most companies and future earnings will suffer for some period. So, there is no way to know if the markets will continue to increase or fall further.

Pumpernickel bread’s name is thought to come from the New High German word “pumpern,” meaning “flatulence or fart,” and “nickel,” a form of Nicholas. This was an appellation commonly associated with a goblin or devil, as “Old Nick” was a familiar name for Satan. Hence, pumpernickel is the “devil’s fart,” allegedly because it is difficult to digest. 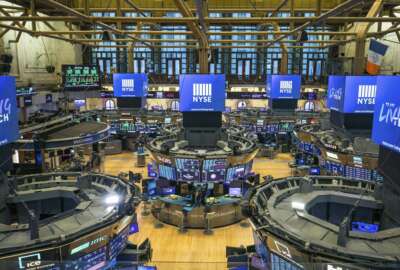 TSP Update from the Experts 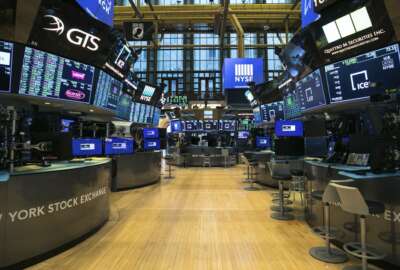