First responders, doctors, nurses, cops, researchers and scientists have always been heroes. We just didn’t always know it. Now we do!

And you can never have enough heroes, especially in a time like this when the residents of Planet Earth, all of us, are  under attack. Many of us believe, hope and pray we will survive as a species — that this too shall pass. What we don’t know is if we will be among the survivors, which, maybe, is where you come in.

Uncle Sam is looking for thousands of retired medical professionals to come back to work — now, ASAP!

The Office of Personnel Management has given the Department of Veterans Affairs authority to rehire retired federal medical professionals. VA has 170 medical centers and 1,000 outpatient care centers across-the-country.  They need help, the kind that only people who spent decades learning and practicing their craft, often under duress and in sometimes dangerous conditions, can provide.  People like you maybe. And we are talking about a lot of people, perhaps as many as 40,000 in the VA alone — maybe many more in other agencies.

VA for example wants to rehire doctors, nurses, pharmacists, lab technicians, respiratory therapists and other medical professionals. Normally the salary of people who return to government as rehired annuitants is offset by the amount of their federal annuity from the Civil Service Retirement System or Federal Employees Retirement System.

But this is not a normal situation. In this fight against the COVID-19 pandemic agencies have the authority to waive the offset rules. In other words the rehired annuitant can get both the full federal salary and continue to get his or her annuity, no offset. It’s a good deal for the annuitant and an even better one for all of us with a bulls eye on our backs.

So where do you start? Begin by listening to our special Your Turn show this morning at 10 a.m. EDT.  It’s all about the rehired annuitant program and the special waiver permitting both full pay and pension. Both guests are from the National Active and Retired Federal Employees Association. Jessica Klement, vice president for policy and programs, will talk about the $2 trillion stimulus program which allows for the special rehiring and where re-employed federal experts fit in, and benefits expert James Marshall. Nicole Ogrysko who first outlined the new program on Federal News Network will join me to talk with the NARFE experts. They’ll be answering questions we’ve received from listeners including:

For about four years the area that is now Franklin, Tennessee, fought for statehood though it was never recognized by Congress. In 1784, before Tennessee was a state, three counties in western North Carolina, which were isolated from most government representatives, felt politically marginalized. Then, when North Carolina ceded the counties to Tennessee, they sent representatives to Jonesborough and declared sovereignty in the form of the brand new State of Franklin. 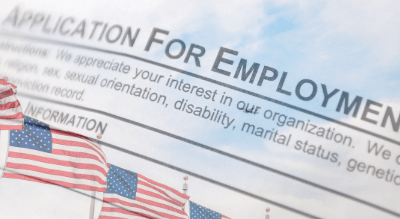