So it consists of five basic funds: 3 stocks, one bond and one treasury securities, plus a series of self-adjusting target date funds. The three stock funds cover the U.S. stock market (C and S funds) and one, the I...

So it consists of five basic funds: 3 stocks, one bond and one treasury securities, plus a series of self-adjusting target date funds. The three stock funds cover the U.S. stock market (C and S funds) and one, the I fund, covers a portion of the international stock market. The I fund has been under attack for years because critics say it doesn’t include companies in power-house countries, like China. The board that runs the TSP voted to go to an different, expanded I fund that would include investing in China. But the White House said that was a very bad idea because of China’s policies.

So is this part of a power play from the White House or is it a good idea not to pump good U.S. dollars — some of it literally from the government in the form of matching TSP contributions — into a nation that may become a dangerous enemy, if not already?

What part, if any, should politics play in the government-backed investments of government workers? Turns out that, like a lot of things, this is not the first time groups with a social/political agenda have sought a piece of the TSP investments which, at the end of last month, were worth $666.9 billion — with a B. That’s a lot of money.

So we turned to a former fed who spent years working in Congress and also monitoring the TSP both as a watchdog and an investor. Over the years, lots of people and groups have tried to get into the TSP’s lineup of options. Here’s what he said:

“For the TSP, the first incursion I am aware of regarding international politics was racial and it called for disinvesting in companies doing business in South Africa in violation of the ‘Sullivan Principles.’  This was in the late 1980’s or so. TSP decided that its large cap fund would track the S&P 500 index and anti-apartheid advocates demanded that the TSP ‘screen out’ any companies that did not comply with the noted principles. If one screened out offending companies, rather than investing in a fund that tracked the well-known and easily available S&P 500, the TSP would have had to locate or invent something like an S&P 497 fund. The TSP executive director explained in a Congressional hearing how this approach would create numerous problems and it was dropped.

“The next occurrence was in the early 1990s when Sen. Frank Lautenberg of New Jersey introduced legislation to have the TSP disinvest from companies that failed to follow the ‘McBride Principles’ regarding religious freedom in Northern Ireland. Same outcome.

“Later there was another movement regarding companies that did business with Israel. Again this effort was not successful. There were subsequently many more efforts involving issue and even commercial advocacy. The best example of the latter involved Real Estate Investment Trusts (REITs).

“REIT advocates came to Capitol Hill complaining that the TSP was not listening to their pitch about opening the TSP to REIT securities. Upon investigation those of us on the Hill learned that the TSP already invested in REIT securities and did so in the manner prescribed by law. Just like other sectors, the TSP index funds invested in REIT securities in the same proportions as their overall share in the markets. Although REIT advocates initiated a lobbying campaign to get legislation giving them their own fund, this effort to ultimately failed.

“To me all of this shows that the original Congressional design is quite sturdy and resistant to political pressure. Historically the Board has consistently broadened the investment funds offered to participants while limiting the number of choices (to keep them from becoming overwhelming) and tailoring the funds (to prevent investment fund overlap).

“Although I’m now watching from a distance it seems to me that the China review was consistent with this long history of keeping an eye open for potential fund additions that might improve diversification and investment performance for participants. And most refreshing to me as an old timer it seems that Board members prudently decided not to act rashly when their review drew fire.  Rather, cognizant that they are an outgoing Board that has developed solid analysis on this matter, they seem comfortable leaving their analysis in the hands of their successors. When those successors assume their positions, they will become TSP fiduciaries with a statutory responsibility to act solely in the interest of participants and beneficiaries. It will then become their turn to put on the blinders, focus on the facts before them, ignore the politics, and do the right thing.” — TSP Observer

Despite the country’s reputation as a soccer, or football, powerhouse Argentina’s national sport has been pato since 1953. Pato is played on horseback and combines elements of polo and basketball, and its name, “duck,” comes from the fact that the sport was originally played with a live duck inside a basket. 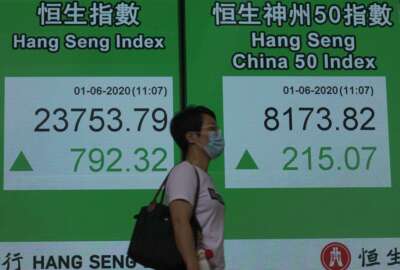 An “international” stock fund without China? How’s that work? 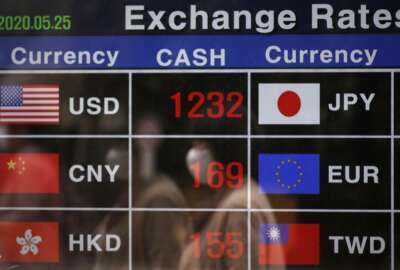