Those of us who live and love in the Washington, D.C., area — make that love living, as romance takes a back seat to pandemic fears — are frequently hurt when folks beyond the Beltway sock it to us for being loopy or out of touch, or arrogant.

It’s true that sometimes we the people of the D.C. area mess up or do stupid things, just like people in Chicago, San Francisco or Pulaski, Tennessee. It happens. But most of the time, the thing or things you as American taxpayers and voters living in the real world don’t like about us were and are, in fact, usually perpetrated by the 535 people you elect and send us to occupy the House and Senate and make laws.

Something, by the way, residents of the District of Columbia can’t do.

Many of the people you elect to send here for two or six-year terms are lawyers by trade. About half are millionaires either before they get here, or shortly thereafter. Most are either Democrats or Republicans. A few call themselves independents.

Legislating requires a lot of talk, deal-making and horse-trading. While being a politicians at the national level is tough and requires superhuman dedication and intelligence, they assure us being a D.C.-based politician isn’t like running a city or state, driving a truck or Uber, working construction, teaching, or tilling the soil.

Politicians at the national level often propose the opposite of what they really want as part of a complex legislative/parliamentary dance to get what they want, which doesn’t always conform with what would be best for those who elect them. Victory itself is sometimes the goal, not the issue. Like now.

Congress is in a tug-of-war itself over immigration policies. Nothing new about that, and the bargaining chip is a $1.2 billion bailout that must come by Aug. 3 or else. The “or else” part involves keeping the U.S. Citizenship and Immigration Services in business, or closing down most of its operations. The latter would mean furloughing 13,400 civil servants for, by some estimates, as much as 30 days.

Thirty days without pay, like millions and millions of non-federal workers whose jobs are on hold, or maybe permanently cancelled by the COVID-19 pandemic. If the furlough happens and if past practice prevails, the 13,400 furloughed feds will likely eventually get paid.

Up until now, much of the political effort involving the pandemic is trying to stop its spread while not letting the economy hit Depression-era levels. That and deciding whether real men wear face masks. Do the masks protect the wearers and/or people around them, or are they another assault in free speech and expression, or something else?

Both as per usual think they are on the right side. Whatever the outcome, compromise or extended furlough with eventual full pay, one thing is certain: No member of House or Senate will be harmed in the process, or lose a penny or see any delays in their monthly direct deposit from the U.S. Treasury.

Aside from its coasters, water park and performance halls, Dollywood theme park is also home to the country’s largest sanctuary for non-releasable bald eagles. The 400,000-cubic-foot Eagle Mountain Sanctuary is under supervision by the American Eagle Foundation. 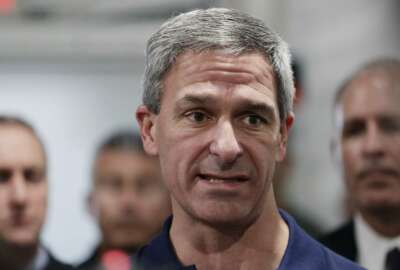 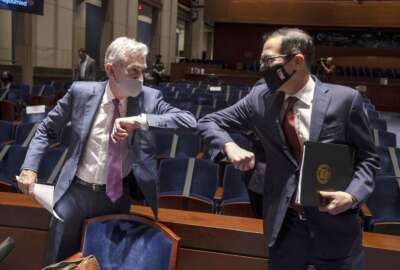