Politics at work: Even if you can, it’s a bad idea

The Federal District Court made the right decision in tossing a lawsuit by the American Federation of Government Employees. As our Nicole Ogrysko reported, the suit was against the Office of Special Counsel.

The AFGE’s beef was over guidance OSC handed out two years ago, saying that in-the-office displays of “#resist” — code for oppose President Trump categorically — or in-the-office advocating for (or against) impeachment could be construed as a violation of the Hatch Act. AFGE and its suing partners contend this was a violation of their Constitutional free speech rights.

The court gave several reasons for dismissing the suit. In essence it said nothing had happened to merit a lawsuit — OCS’s advisory-only opinion didn’t cause any federal employee to actually get muzzled at work. The court decided that the free-speech claim wasn’t “ripe” for review.

In my interview earlier this week with Special Counsel Henry Kerner, he pointed out that the Hatch Act doesn’t bar all political speech, but rather only applies to talking, button-wearing, sign-displaying and money-seeking activities aimed at the success or failure of a candidate for a political office.

Maybe AFGE thought Trump was not a candidate barely halfway through his term. Since Calvin Coolidge, what president has not sought a second term?

The OSC guidance stands but, as the court noted, it’s only guidance anyhow.

There’s a bigger issue, though. Even if ranting for or against impeachment does not violate the Hatch Act, why do people want to drag their politics into the office in the first place? What about good taste and a bit of reticence that keeps relations among colleagues cordial and businesslike?

Most businesses nowadays and many government agencies have rules about speech and behavior that can cause disharmony or insult others. It’s easy enough for the most benignly intentioned person to run afoul of what constitutes offensive speech in a society where everyone, it seems, is looking for ways to be victimized by offense, real or imagined. Many organizations caution about even mundane things. Tell a woman she looks great in that dress, or a man in those trousers, and you could get hauled into HR.

References to third parties, such as people of another race or gender, if offensive to one of the people actually in the conversation, can get the offender in trouble. Many years ago I had a boss — a highly competent executive in charge of a profitable division — advise me: “Be careful about hiring young women, Tommy. They get pregnant and leave.” Even in 1986 I thought, “Did he really say that?” Can you imagine that today?

Nastiness in today’s politics has a sort of grandeur. It’s infecting every part of life, if we let it. It wasn’t always that way. In 1968 my mother worked in a small manufacturers’ rep office. The other six or so employees favored Richard Nixon. My mother preferred Hubert Humphrey. The day after the election, I recall her remarking about how gracious they all were that her candidate had lost. No one gloated. Or promised to burn down the other side.

Today leaders from clergy to business executives have had to caution against the corrosive effects of shouting about politics in their settings. For a federal office, such speech may not violate the Hatch Act, but that doesn’t make it a good idea. Yes, President Trump certainly engenders strong feelings. All the more reason for maintaining of the great unwritten rules for office and bar settings: No religion, sex or politics.

The simple fact is that employers, including federal agencies, have the right to regulate speech within their walls when people are on the clock. Federal employees are otherwise free to attend rallies or protests, do this or that (except fundraising) on behalf of a candidate or cause (but not in their official capacity), or ruin any cookout they want with beer-induced political ranting.

Kerner put it this way. “Just because the Hatch Act isn’t violated … agencies have policies on political expression and other things. Federal workers are expected to work for all taxpayers, and to keep politics largely out of the workplace.” Wherever we work, we’re expected to do what we’re paid to do and not, as Kerner put it, “bicker over our political views.”

People who suffer from boanthropy believe themselves to be a cow or an ox. 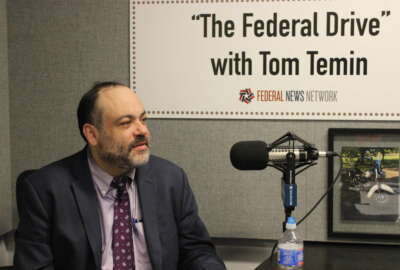 Election season is busy season for Office of Special Counsel 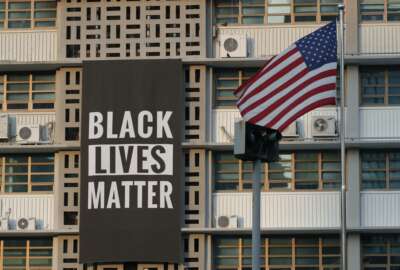