Retiring during a global pandemic — good or bad idea?

Did you retire before the pandemic became a fact of life? Before people other than bank robbers wore (hopefully) face masks all the time, and when working from home went from to perk to priority?

Were you planning to retire but put that on hold until the stock market and your TSP balance recovered, hopefully in the next decade? Have you been pleasantly surprised by the rebound of the market? If so, some food for thought.

Had an interesting (from a safe-distance) weekend conversation with a recently retired, long-married, federal couple. His last post was with Interior. She was with one of the super-secret agencies. Both enjoyed federal careers which lasted more than three decades. One retired in December, the other in January.

He regrets it. The stock market worries him. He is also fearful inflation, over time, will eat into his annuity and that taxes have no where to go but up. He says he would love to be working, drawing a full salary and contributing to the TSP while working from home. As happens in long marriages, she disagrees. She is delighted with the time off and glad that retirement makes it easier for them to self-quarantine when they feel the need.

So what about you? Even if you may be far away from retirement, the lesson is that things change. Sometimes in a big way. For example, how many of us planned our next steps should the world be hit by the worst pandemic in a century?

Like the couple I spoke with over the weekend, some people who retired this year regret it. Others are happy they did. Do the experiences of others influence you?

Some self-styled futurists see many of us either teleworking full-time, or on modified shifts. Much of their focus has been on tech companies — not the real work world. They’ve zeroed in on outfits where people in theory can work for a Silicon Valley, Seattle or Austin based outfit from a cabin or trailer in Idaho or North Carolina — as some already do. They’ve also figured out that pampering workers with free food, video games, massages and nap rooms is nice, but expensive too.

They haven’t spent much time looking at the nation’s largest employer: State and federal government operations. And the government, for all its teleworking, is still a hands-on operation in many of its functions. Workers at two of the largest operations — the Social Security Administration and the Internal Revenue Service — often need to deal directly with customers, many of whom are not computer or tech savvy. It will likely be a while before air traffic controllers, Immigration and Customs Enforcement agents or Department of Veterans Affairs employees can work from home.

So if you’re suffering from mid-life pandemic crisis, what, if anything, should you be doing? Hurry into retirement, or delay it? Maybe decide to work ’til you drop?

Back in the day, before you-know-what, there were best days to retire scattered throughout the years. There are times in December and January when you can get higher payments for your unused annual leave, and lower your taxes at the same time. Or times mid-year when it pays, literally, to retire then and not the day before or after. Also there are things you can do right now, whether you’re 25 years old or 80 years old, to make retirement better.

The coronavirus has changed just about everything for just about everybody everywhere. It’s not an original or profound thought, but true. Think about what you were doing, thinking, planning six months ago compared to the reality of today. And nobody, for sure, knows what the next six months will hold.

A lot of people who retired last year or earlier this year probably wish they hadn’t. Most are living on less — an annuity, maybe Social Security compared to a steady, upwardly mobile paycheck. And given what the pandemic has done to the economy, substantial, some would say sustainable, future cost of living adjustments for retirees aren’t in the cards.

So — how do you get ready? Talk to Tammy. As in benefits expert Tammy Flanagan. We talked with her about the current situation. She’ll be my guest today at 10 a.m on Your Turn streaming here or on the radio in the D.C. metro area at 1500 AM.

A fundraising record stunt by United Way in Cleveland was linked to death of two people in 1986. The simultaneous release of 1.5 million balloons caused disruptions in surrounding areas. A nearby Coast Guard search that was taking place was hindered and the two missing boaters were later found drowned. 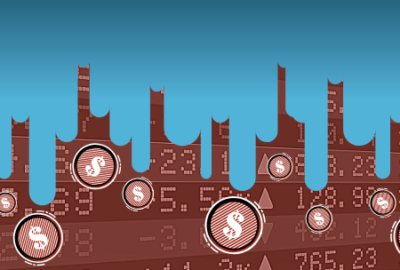 Retire debt-free with a million-dollar TSP?