After the pandemic: Work, school may never be the same

When it comes to determining the right time for thousands of feds to give up working from home and return to their offices, the nation’s public school systems may provide a model — maybe good, maybe not so good — for Uncle Sam.

When do you tell tens of thousands of public servants, from Social Security, the IRS and a dozen other operations, that after several months of working from home it’s time to return to their “real” and traditional offices?

Before the pandemic hit, or was at least recognized as a major threat, several federal agencies had determined that allowing employees to work from home a few days a week or month was not such a good idea. That it was a symptom of federal unions getting too much control over the workplace, of putting the comforts of civil servants, especially those in heavily organized union bargaining units, over the needs of the public.

Several departments also began to take back offices and space in federal buildings that had been loaned, or leased at bargain rates, to local union leaders to conduct business. The unions said they were generally dealing with health and safety issues — not union activities — and that it was a good deal for the government and the public. Coronavirus put that on hold. But now many officials and members of the public say it is time to get back to work — literally.

The school example is interesting because there is a federal-state-county jurisdictional flap going on right now in Maryland which surrounds Washington, D.C., on three sides. Virginia, across the Potomac River, is having many of the same issues over relaxing health and safety rules to stimulate commerce and business.

Maryland Gov. Larry Hogan gets high marks for many of his actions to contain the virus. In the spring he issued stay-at-home orders for the state, which is chock full of feds and also is a major tourist destination, when many other governors declared it was party-time-as-usual. So it surprised some when he recently urged Maryland schools to reopen and minimize virtual home-to-home teaching.  The state’s two largest counties — Montgomery and Prince George’s — balked, as did their teachers and many parents. They said they would continue teaching from a distance. Hogan, by the way, is a Republican and the two county executives are Democrats. But politics seems less an issue than concerns about safety versus jump starting the economics. Teachers in both areas objected to returning to classrooms.

Further north, New York City teachers took it even one step further threatening a strike if forced to return too quickly for them.

So how about your place, your office or your home office? How about your family’s feelings — how are you coping? We asked and you responded. Anthony Corridore, a retired fed, said that thanks to the virus, life as we know it — like work and school — may never be the same:

“Remember the 1970 book ‘Future Shock’ by Alvin Toffler?  The title refers to too much change in too short a period of time.  Like ‘Future Shock,’ we may now be going through ‘pandemic shock,’ where changes instituted due to the pandemic may become woven into the fabric of everyday society — things that may have taken decades to progress absent the pandemic.

“One I’ve given thought to is how schools and learning may change. I realize that it’s a very complex issue, but, at least from a cost perspective, I can’t help but wonder if it wouldn’t be cheaper to just furnish laptops to students for learning at home and do away with brick and mortar schools. How expensive is it to build and maintain schools as opposed to buying students laptops?

It’s an incredibly complex issue because for some students, the school lunches are an important part of their nutritional intake. Also, you have the social interaction aspects of schools. Another important consideration is what happens with the children when both parents work — does one parent need to stay home with the child or children? My best guess is some sort of hybrid model will continue post-pandemic. That may mean the end to school snow day holidays, perhaps to be replaced with Zoom holidays, when something goes wrong with the remote learning process?

“My guess is telemedicine is here to stay. Next Thursday I’m doing a Zoom call with an orthopedic back surgeon, when otherwise I would have to travel to his office. I would have to pay for parking at his office, so that’s one plus.

“Maybe we should get used to seeing local news anchors and reporters doing their news pieces from their home? I’m a fan of the Philadelphia Orchestra and they have a virtual presence with past concert performances, both video and audio. I’m guessing some form of virtual presence for entertainment venues will continue.”

Finally, I got this from a long time fed who said she had enough problems at work, and asked not to be identified but described how she and her family are coping:

“So my ‘workgroup’ or team or whatever you want to call it is distributed over a bunch of states around the country; no one in my local office is part of my workgroup, so I’m pretty used to the remote communications angle. Lots of Skype and conference calls, emails and instant messaging. I don’t mind that, and actually prefer to have some isolation, for the times I really need to concentrate. I don’t think our work results have suffered, particularly, because we are a remote team.  I have heard some of my colleagues say they are actually working more in the COVID environment.

“I think a lot of people are having to take on administrative tasks that would normally — well, maybe I should say ‘formerly’ as what we have right now appears to be normal now — be handled by someone in the office. And there are more meetings and things to consider, related to people working in this pandemic situation, added onto the usual workload. But overall, I think things are not all that different for me and the coworkers I interact with.

“I do miss going into the office, just to have a separate work space, for the variety, and to clearly separate work and personal life. I’m fortunate to be one of those low-level types that isn’t constantly working in the evenings and weekends. And I like to keep it that way, even though my preferred pre-COVID leisure-time activities have become somewhat constrained.”

The tallest vertical drop on earth is Mount Thor in Auyuittuq National Park, in the Canadian province of Nunavut. Mount Thor has an elevation of 1,675 m (5,495 ft) and the drop is 1,250 m (4,101 ft), with an average angle of 105 degrees. The geological wonder somewhat resembles the fictional Mt. Crumpit of Dr. Suess’ “How the Grinch Stole Christmas” — though not to be confused with the real-life Mount Crumpit on the opposite side of the country. 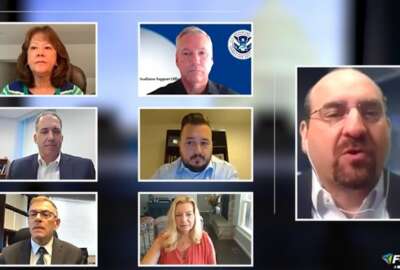 How IT can ensure holistic approach to reopening offices 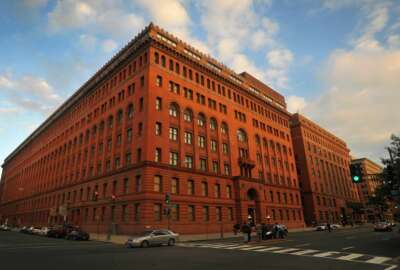