Fortunate federal retirees, like people who get Social Security, usually get a catchup-with-inflation increase in their benefits the first of each year. That cost of living adjustment reflects changes in the inflation rate as measured by the Bureau of Labor Statistics, for the previous year for those retired under the old Civil Service Retirement System.

For Federal Employees Retirement System retirees it’s usually a diet COLA that is one percentage point less than the actual...

Fortunate federal retirees, like people who get Social Security, usually get a catchup-with-inflation increase in their benefits the first of each year. That cost of living adjustment reflects changes in the inflation rate as measured by the Bureau of Labor Statistics, for the previous year for those retired under the old Civil Service Retirement System.

For Federal Employees Retirement System retirees it’s usually a diet COLA that is one percentage point less than the actual rise in inflation as measured by the BLS. But for 2021 that COLA may be minimal for CSRS and Social Security retirees, and zero for those who retired under the FERS program. This is incorrect: If the COLA is less than 2% which it’s likely to be, the FERS COLA is the same as the SS COLA.

With one month left to go in the COLA countdown period, low inflation for 2020 means that the maximum inflation adjustment for CSRS, military and Social Security retirees next January could range from 0.5% by the most conservative estimate and as “much” as 1% by the most optimistic estimates. The actual January 2021 COLA for CSRS-Social Security-Military retirees will be the average of the increase in the July, August and September Consumer Price Index-W over the same period last year. The majority of current federal retirees are under the CSRS program. But a growing number of people who worked under the FERS system join the ranks of the retired each day.

Bottom line: Neither group is going get a large COLA if any next year. Fed Smith says the COLA could be as much as 1%. AARP says the increase could be between 0.4%-1%”

“Thanks in part to the economic impact of the COVID-19 pandemic, don’t bank on a big cost-of-living adjustment for your Social Security benefits in 2021. Experts are looking for about a 1% increase starting in January 2021, and possibly less.

“‘Obviously, the amount of the COLA hinges on the economy, which has picked up in the past month,’ says David Certner, AARP’s director of legislative policy for government affairs. ‘We have a shot at somewhere between 0.5% and even as high as 1%.’

“Other experts’ projections are in the same ballpark as Certner’s. Mary Johnson, Social Security and Medicare policy analyst for the Senior Citizens League, estimates a 1.1% COLA going into effect in 2021. Jim Blankenship, a financial planner and author of A Social Security Owner’s Manual, has a more conservative estimate: 0.44%.

So how did the pending COLA get where it’s at, and what next? Here’s the official explanation for members offered by the National Active and Retired Federal Employees Association (NARFE). The process is complicated. But the outcome is vitally important to tens of millions of retirees who depend on federal benefits — Social Security, CSRS and FERS and retired military — to cover most if not all of their retirement bills.

Relevant to the cost-of-living-adjustment to civil service annuities for 2021, the Consumer Price Index for Urban Wage Earners and Clerical Workers (CPI-W) increased by 0.63% in July.

The new CPI-W figure for July was 252.636 — 0.97% higher than the average CPI-W for the third quarter of 2019, which was 250.200. Each year’s COLA is determined by comparing the change in the CPI-W from year to year, based on the average of the third-quarter months of July, August and September.

Under current law, COLAs for federal retirement annuities, as well as for military retiree annuities and Social Security payments, are determined in reference to the CPI-W, which is calculated by economists and statisticians with the Bureau of Labor Statistics. The CPI-W is the current index used for measuring increases in the prices of consumer goods, including food and beverages, housing, clothing, transportation, medical care, recreation, education, communication, and more.

NARFE continues to support strong COLAs based on fair assessments of increases in consumer prices to protect the value of federal annuities from inflation. NARFE specifically supports the Fair COLA for Seniors Act, H.R. 1553, which would switch to the Consumer Price Index for the Elderly (CPI-E). NARFE also opposes a switch to the Chained CPI, which would result in lower COLAs. Finally, NARFE supports the Equal COLA Act, H.R. 1254, which would provide FERS annuitants with a full COLA, equal to the change in consumer prices, regardless of the percentage, as is provided to CSRS annuitants and Social Security beneficiaries.

FECA COLAs are determined by a different statutorily-set methodology than the COLA for other federal retirees. Benefits awarded under the Federal Employees Compensation Act to individuals suffering work-related injuries or illnesses, are adjusted according to each calendar year’s percentage change in the CPI-W, rather than as measured by the change from the highest previous third quarter average.

Triple Divide Peak in Montana’s Glacier National Park is the hydrological apex of the North American continent, meaning it’s where the Continental Divide of the Americas and the Northern or Laurentian Divide converge. As such, water that falls at the summit can flow either to the Pacific, Atlantic, or Arctic oceans , as the Hudson Bay is considered an Arctic tributary. 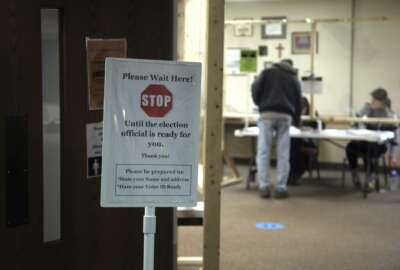 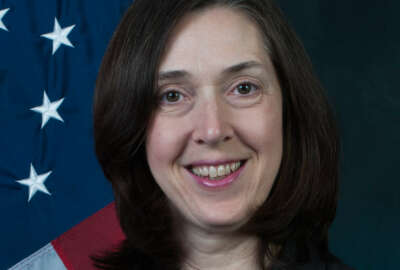