The end of August usually marks a key deadline for federal employees tracking the size of next year’s paycheck.

Aug. 31 was the last day the president had to submit his alternative pay plan to Congress for the civilian federal workforce.

Few things in government ever happen early, but it happened earlier this year, when President Donald Trump submitted his plan for federal pay back in February (pre-pandemic) in conjunction with the release of his...

The end of August usually marks a key deadline for federal employees tracking the size of next year’s paycheck.

Aug. 31 was the last day the president had to submit his alternative pay plan to Congress for the civilian federal workforce.

Few things in government ever happen early, but it happened earlier this year, when President Donald Trump submitted his plan for federal pay back in February (pre-pandemic) in conjunction with the release of his 2021 budget proposal.

Trump’s plan calls for a 1% across-the-board pay raise for civilian federal employees next year, with no additional locality pay adjustments.

Pessimists may have expected Trump to issue another alternative pay plan post pandemic, this time calling for something a little lower than a 1% federal pay raise.

No worries, it didn’t happen. As they were in February, civilian employees are on track for a 1% federal pay raise this coming January.

For those wondering when Congress might jump in, think again.

The House already passed its version of the appropriations bill that usually tackles federal pay. The bill was silent on the issue, meaning House members have essentially deferred to the president and his plan for a 1% federal pay raise.

The usual federal employee advocates in Congress have called for a 3% raise next year, a rate that’s in line with what military members are expected to receive in 2021. But the calls for a bigger raise are simply that, and they’re not especially helpful when it seems like everyone in Congress is asking for something.

So what happens next?

Sure, keep an eye on Congress. But members have enough on their plates with a government funding deadline approaching at the end of the month and disagreements over another coronavirus relief package still lingering. There doesn’t seem to be a pressing appetite to add a federal pay raise to the congressional to-do list before the year ends.

As long as Congress stays quiet on federal pay, look for Trump to sign an executive order — usually near the end of the calendar year around the holidays — that makes a 1% pay bump official. That’s normal course of events, as if anything about 2020 was “normal.”

Questions about the payroll tax deferral are piling up

What doesn’t seem quite normal are the administration’s plans to implement a payroll tax deferral for federal employees in a week or two.

Regardless of what you think of this development — and many of you have said you’re not happy about it through tweets, emails and other comments — the premise of withholding your Social Security taxes for the rest of the year and then paying the deferred taxes back next January seems like a novel concept.

The deferral means that while your paycheck may look a little larger in the coming weeks, next year’s paychecks from January through April will likely be smaller.

And a 1% across-the-board pay bump next year won’t cover the cost of the deferred taxes you’re supposed to pay back next winter and spring.

Meanwhile, federal employee unions are demanding more information from the Office of Management and Budget about how this payroll tax deferral will work.

A Sept. 2 letter from the National Treasury Employees Union to OMB is essentially a long list of questions about the administration’s plans for implementing the deferral.

NTEU and other large federal employee unions want to know whether the workforce will have a chance to opt out of the payroll tax deferral. At least one large defense agency told its employees the answer to that question is no.

The payroll tax deferral also raises questions for federal employees who retire or leave government at the end of the year. How are they expected to pay deferred pay taxes back in 2021? That same question also applies to the hundreds of thousands of temporary workers the Census Bureau has hired this year, who, presumably, won’t have the same jobs next year.

The answers to many of these questions, at least as of the writing of this column, are unknown. Some of the agency emails we’ve reviewed to date have limited details, but many of them say “additional information is coming soon.”

So for now, stay tuned.

Up to 20% of the time, when squirrels appear to be burying nuts, they’re actually faking it to throw other squirrels off the trail. 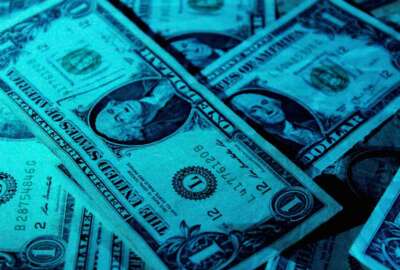