What they’re saying about the payroll tax deferral

The U.S. Postal Service announced this week it wouldn’t implement the president’s payroll tax deferral, the news seemed to bring a sigh of relief to some employees in the service.

“Nice, taxes are complicated enough already,” one person said on a Federal News Network Reddit thread on the topic. “I didn’t want to deal with the headache of figuring this all out during tax season.”

“Thank goodness. We’d just all end up paying it back...

The U.S. Postal Service announced this week it wouldn’t implement the president’s payroll tax deferral, the news seemed to bring a sigh of relief to some employees in the service.

“Nice, taxes are complicated enough already,” one person said on a Federal News Network Reddit thread on the topic. “I didn’t want to deal with the headache of figuring this all out during tax season.”

“Thank goodness. We’d just all end up paying it back next year,” another person wrote.

Of course, the military and most executive branch agencies don’t have the option of implementing the payroll tax deferral, despite attempts by members of Congress to create an opportunity to opt in or out of the policy.

Sen. Chris Van Hollen (D-Md.) asked Treasury Secretary Steven Mnuchin about the possibility of allowing federal employees and servicemembers to opt out of the president’s policy. He did answer, although his response isn’t terribly satisfying.

“I’d be happy to follow up with the Office of Management and Budget who’s responsible,” Mnuchin said during a hearing last Thursday. “I think that’s a reasonable issue if people don’t want to participate, but let me follow up with them.”

In the meantime, employee groups and members Congress are concerned servicemembers and federal workers won’t get the message about the payroll tax deferral. They worry they’ll see the extra cash in their paychecks this fall and spend it, leaving them unprepared to handle the higher tax bills in 2021.

At a Ways and Means Committee hearing late last week on the payroll tax deferral and its impact on Social Security, Rep. Don Beyer (D-Va.) told his House colleagues he’s heard from many servicemembers and federal employees in his district who share those concerns.

“Soldiers and federal workers have written to me saying that the guidance they have been provided by their branches or agencies has been confusing and/or misleading,” he said.

Beyer shared a note he received from an Army officer, who said he feared young military members, many of whom are fresh out of high school, earning their first paychecks and still learning how to manage their finances, will be tempted to spend the extra cash.

“This sudden influx of money, unexplainable, will likely be spent very quickly by money of them with little regard for later consequences. Many of the soldiers within the ranks live paycheck to paycheck and if they are not aware all this money must be paid back next year, it could be ruinous to their financial health.”

Perhaps recognizing these concerns, top military officers and the military’s largest payroll provider have been aggressive than most in disseminating these messages to servicemembers.

Federal employee groups, meanwhile, are concerned for their members on the other end of the career spectrum who are nearing retirement age.

“We are extremely concerned about employees who either retire, leave federal service, or perhaps take leave that puts them in a non-pay status who could owe penalties and interest on amounts unpaid as of April 1, a different tax year from the one in which the deferral took place,” the American Federation of Government Employees wrote in a Sept. 24 letter to House leaders on the Social Security subcommittee.

The guidance issued to date on the payroll tax deferral hasn’t address AFGE’s point with much clarity, but those retire between now and 2020 will, somehow, be responsible for paying deferred taxes back. The expectation is that the deferred taxes would be taken out of an employee’s final paycheck, but again, more details are supposed to come later.

Now, what if you were told you wouldn’t have to pay the deferred taxes back next year, or ever?

The Trump administration has suggested it would like to forgive the taxes that were deferred this year or somehow make the policy permanent.

And that’s sparked broader political concerns from Democrats, who say the president’s payroll tax deferral policy is an attempt by the administration to defund the Social Security program.

Despite what tweets you may have seen, only Congress has the power to change the tax code and either forgive the payroll taxes that were deferred this year, or somehow make the policy permanent. Any real attempt to defund Social Security would have to come from Congress.

So a few senators started asking. what impact would legislation have on the Social Security program, if Congress changed the payroll tax rate paid by employers, employees and self-employed individuals to 0%?

The answer to that hypothetical? Not great.

But again, as Republicans have pointed out, this is only a hypothetical.

For now, all feds and military members can do is save those extra dollars they’re getting now through the payroll tax deferral and plan to pay them back later. The rest is up to the politicians.

2020 has been a long year. But in the country of Ethiopia, it is actually the year 2013 because the Horn of Africa nation follows their own calendar rather than the Gregorian calendar used by most of the world. 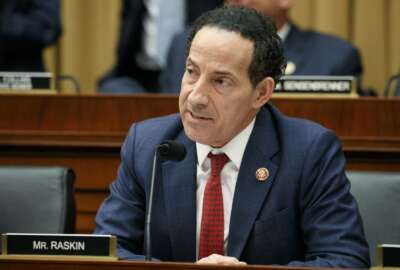